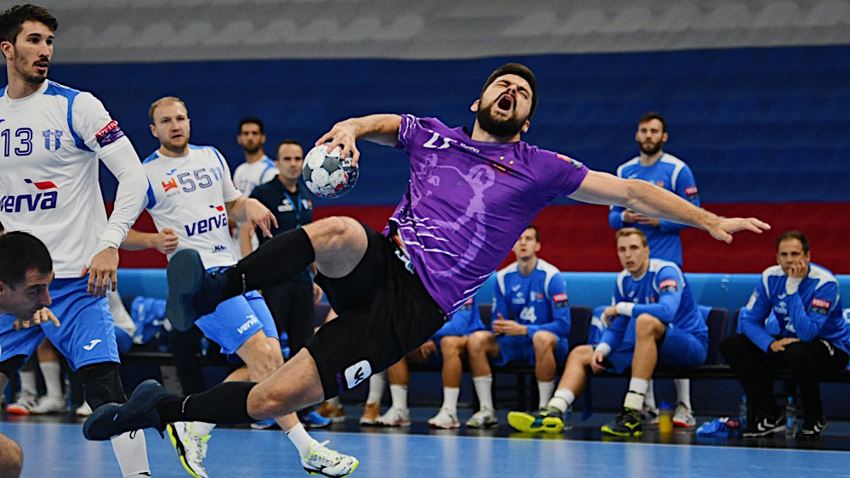 A brilliant defence and a great Dmitry Pavlenko in goal played a decisive part as Chekhovskie medvedi won 25:23 at home against Orlen Wisla Plock in group D of the VELUX EHF Champions League on Saturday afternoon.

The home team were never far ahead but were in the lead almost all the way.

A strong defensive performance was a large part of the recipe behind Chekhov’s opening win.

Wisla Plock had ongoing problems with the home team’s 5-1 and 3-2-1 defensive formation, and in the Russian goal, Dmitry Pavlenko knew how to make use of his fine working conditions.

Chekhov’s new signing Dmitrii Kiselev, who joined the club from HC Vardar before the start of the season, shared the status of top scorer with Dmitrii Santalov, as both scored six goals.

Chekhov managed to keep their opponents’ score down to four goals in the first 25 minutes. In the closing minutes of the first half Plock managed to break out of their rut and level the match at 7:7, but another two goals from the hosts meant Chekhov were still in the driver’s seat at half time.

The second half was considerably more high-scoring than the first 30 minutes, and 14 minutes into the half, Plock caught up at 18:18.

Chekhov answered back quickly, taking a three-goal lead at 21:18. When Denis Vasilev made it 25:22 with 43 seconds left, it was clear the points were staying in Russia.

Plock left back Philip Stenmalm said afterwards: “Today we played not bad in defence, but in the attack we played terribly, especially in the first half - therefore, we lost today.”

Chekhovskie coach Vladimir Maksimov said the match had been tense.

“Until the last minutes it was not clear who would win. Such matches increase interest in our sport,” he said. “Our team and the opposing team were very nervous.”