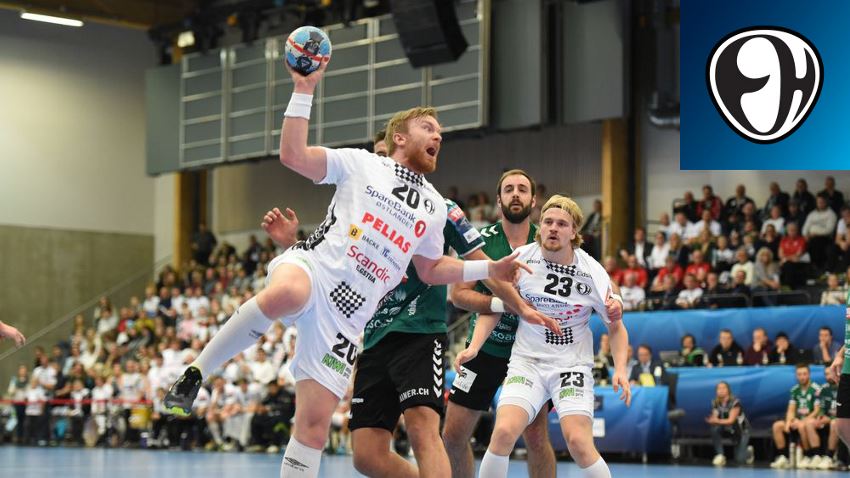 Elverum excited to take on the big boys

Having won the Norwegian championship for the seventh time in a row and qualifying for their fifth consecutive season in the VELUX EHF Champions League Group Phase, Elverum Handball have finally made the leap to Groups A/B.

It will be fascinating to see what the Norwegian champions can do in Group A, where they will be taking on opponents of a different caliber than they have been used to in recent seasons.

- What can Elverum achieve as debutants in Group A?

They will definitely not be suffering under the burden of being favourites against teams such as Paris Saint-Germain Handball, Barca, SG Flensburg-Handewitt and MOL-Pick Szeged.

“This CL season will be a very tough one for Elverum, but we are also very excited about being among the best teams in the world in Group A

“Every opponent in the group phase is very strong and with a lot of star players.

“As a team, we will gain a lot of experience competing against these teams, and especially the away games will be very tough.

“We are going to play in some of the biggest arenas in European handball, and that will be an awesome chance to prove ourselves on the biggest stage,” explains Gudjonsson.

- What will the many changes in the team mean to Elverum’s chances?

Changes in the squad is nothing new to the Norwegian champions who have managed those situations very well in the past.

A crucial spot will be the goalkeeper positions, where legendary Morten Nergaard has ended his career.

Thorsten Fries, who has been considered a huge goalkeeper talent in Denmark for many years now, really gets the chance to develop and display his potential after his arrival from SønderjyskE.

In the attack, the signing of players like Sebastian Henneberg and Alexander Blonz are interesting, while Rasmus Boysen should guarantee a boost to the team’s defensive strength.

- Can Elverum proceed to the knockout phase?

As six out of the eight teams proceed, the chance is there, of course.

The home games and the support from the enthusiastic fans in the Terningen Arena, and the record crowd against PSG in Lillehammer, will be crucial in this respect.

More than 200 fans turned up for the first training session this season, so the support is obvious.

“We know we are underdogs in every game, but we have a very young and confident team, so we will try to do our best to take as many points as possible, and especially on our home court, the Terningen Arena, anything can happen,” believes captain Gudjonsson.

Under the spotlight: Alexander Blonz

The 19-year-old left wing, whom Elverum made a real scoop by signing from Viking before this season will be extremely interesting to watch in the Champions League.

The fast and technically skilled winger already caught the eye of the handball world at the 2019 World Championship back in January, when he was part of Norway’s silver winning team.

As we have established already, Elverum realise that they are underdogs, but they definitely intend to try to make their mark.

“Our club wants to show that we are good enough for the future of the EHF Champions League –  both on and off the court.

“We are in a group any director dreams of.

“Big clubs which will make our events great, and we still have a chance to get a top six place,” says managing director Mads Frederiksen, who also finds that his club is on a mission on behalf of Norwegian handball.

“The Norwegian league is not a great league, but if Norwegian teams do well in European Cups, the league will be stronger.

“With that in mind, the VELUX EHF Champions League is very important – for us as a club and for the future of Norwegian handball,” says Mads Frederiksen.

Besides being a very strong defender, left back Rasmus Boysen is also famous for being a real handball nerd in the most positive sense of the word.

His knowledge of handball, not least statistics and historical facts, is amazing and frequently displayed on social media.

This is going to be huge!
We (@ElverumHandball) face @psghand in the legendary Håkons Hall in Lillehammer on Saturday, September 28 in the @ehfcl. We’ll try to beat the record for highest attendance ever in an indoor sport in Norway. See you!https://t.co/w4Isa7xzNA#handball pic.twitter.com/SmTrQXa8Ts

Even though they are going to play four more group matches this season, they may find it difficult to continue this upward trend.