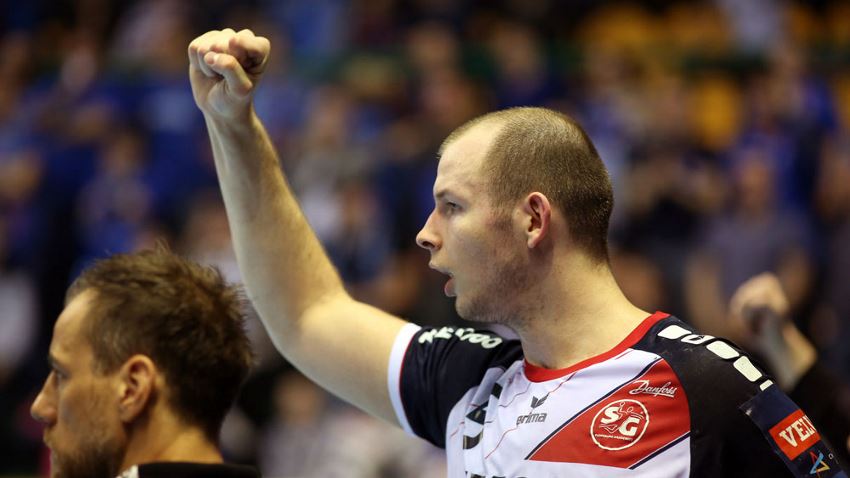 In a repeat of their 2017 Last 16 clash, SG Flensburg-Handewitt won their away tie against HC Meshkov Brest. Although Brest scored the last six goals of the match, the hosts were defeated 30:28.

World champion Rasmus Schmidt was the best scorer for the victors, who now can hope for their 12th participation in the quarter-finals.

In the first half, Brest were the better team, although they could not manage to pull away from Flensburg in a clear way.

The German club mainly had problems fighting off Petar Djordjic, who scored five of his six goals before the break. But when Norwegian goalkeeper Torbjoern Bergerud improved, the 2014 VELUX EHF Champions League winners took the upper hand.

Some five minutes into the second half, with the score 16:16, Brest lost their pace and stopped finding the gaps in the Flensburg defence. Within 10 minutes, Flensburg had pulled ahead to a clear 24:18 advance and even seemed to shatter all Brest’s hopes when the score stood at 30:22 in minute 54.

Boosted by their fans, Brest never gave up, but stood strong until the final whistle. Flensburg missed their last seven chances, while Meshkov scored an incredible 6:0 series, finished when Maksim Baranau scored on the final buzzer.

Flensburg line player Simon Hald Jensen said: “If anyone told me the score before the match the score like this, I would be definitely satisfied. Now we are somewhat disappointed, given the development of the score.”

Brest head coach Manolo Cadenas said he was pleased with the comeback in the second half.

“It is good that we stayed alive in the end. At a certain stage the opponents demonstrated perfect handball and we couldn't respond to it,” he said.

“It’s good that we recovered from the shock and made a comeback into the game. The playoff consists of two matches. We are still in the race till the next away match,” Cadenas said.