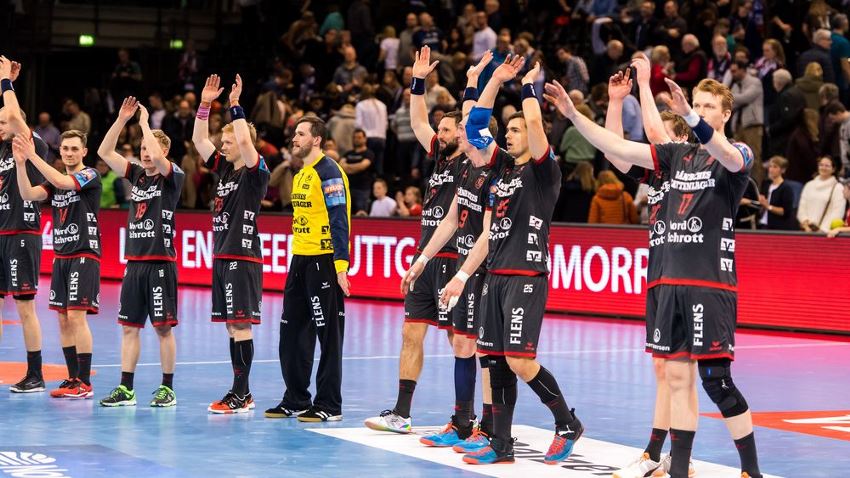 Thrills until the end amid many farewells

For the first time in club history, SG Flensburg-Handewitt defended a title as German Bundesliga champions. Following the trophies in 2004 and 2018, the northernmost top German team stood on the podium after a close race until the very last match.

THW Kiel – who later became German Cup and EHF Cup winners – started as the big favourites, as many top stars such as Kentin Mahe (Veszprém) and Kevin Möller (Barcelona) had left Flensburg. But head coach Maik Machulla’s team continued the impressive series they had started the season before – in the end, they won 34 Bundesliga matches in a row before being defeated in Magdeburg in March.

Kiel started weak, losing to Flensburg and Magdeburg, and were thereby the hunters right from the beginning. Ultimately, THW finished as the best second-ranked team in 52 years of Bundesliga history, with 62:6 points. Flensburg had only lost twice and stood on 64:4 points. They won the crucial last encounter at Bergischer HC to record the second-best points result in a Bundesliga season, after Kiel’s 68:0 in 2011/12.

Next season, Flensburg and Kiel will represent Germany in the VELUX EHF Champions League, while SC Magdeburg, Rhein-Neckar Löwen, Füchse Berlin and MT Melsungen will start in the EHF Cup. On the opposite end of the table, Bundesliga founding members and former EHF Cup and Cup Winners’ Cup winners VfL Gummersbach were relegated to second division after 53 years in the top flight.

Many stars left the Bundesliga in previous seasons, and two more have gone after 2018/19: Danish world and Olympic champion Rasmus Lauge, who was awarded best Bundesliga player for 2018/19, left Flensburg and will join Veszprém. Top German goalkeeper Andreas Wolff transferred to Kielce from Kiel.