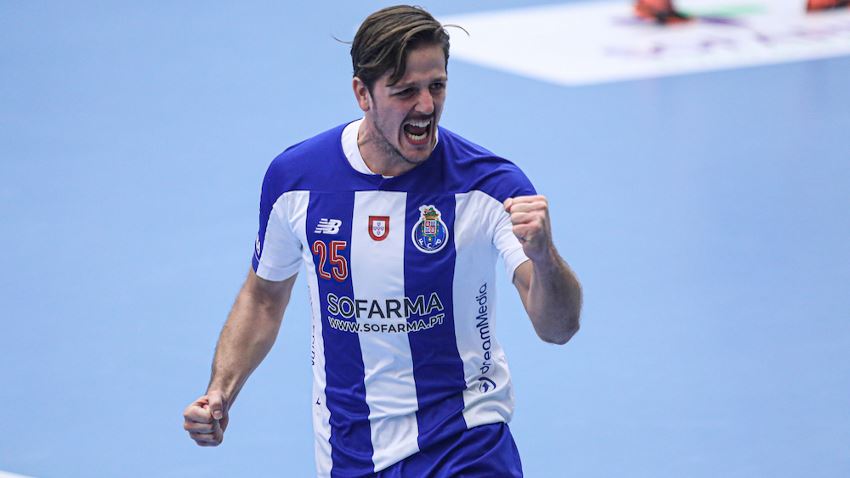 A 7:1 run to throw off the second half cemented FC Porto Sofarma’s claim for the win against HC Vardar. The VELUX EHF Champions League title holders collapsed in the second half, ultimately suffering a 30:22 defeat.

Despite the disappointment of failing to secure a Last 16 berth for the fifth season in a row, HC Meshkov Brest earned one of the biggest wins of the season in Saturday's second group B match, claiming the scalp of THW Kiel.

The maths was simple for Porto: win the game and earn their first ever Last 16 berth in the VELUX EHF Champions League. However, the Portuguese side were on a three-game losing skid in the top European competition and their nerves were on display early.

With playmaker Stas Skube still in fine form, Vardar limited the hosts to only one goal in the first 10 minutes, taking a 3:1 lead. But Porto bit back with a 4:0 run, reclaiming the upper hand after they prevented Vardar from scoring for four minutes.

It was a nip-and-tuck game, as the teams combined for seven turnovers and defence took centre stage.

However, Porto never relinquished the lead, holding a 11:10 advantage at the break. The hosts pressed harder, throwing off the second half with a 4:1 run that prompted Vardar coach Stevce Alushevski to take a timeout.

It was a clever move that did not pan out. With line player Alexis Borges in flawless form in both attack and defence, Porto extended their lead to 24:16 with 13 minutes to go.

There was no comeback for Vardar, and Porto celebrated their first ever Last 16 berth with the 30:22 result.

“I’m really proud for my team. It’s amazing what we have made this year,” said Porto coach Magnus Andersson. “Today it was a really difficult game, because of the pressure. In the first part, Vardar were impeccable. They broke us sometimes. But in the second half we had a really good defence, and although the flow wasn’t in the attack, we [could] catch some fast breaks. I’m really proud and it’s good for all of us.”

HC Meshkov Brest were already out from contention after Porto’s win against Vardar earlier on Saturday, but they put up a good fight against Kiel from the off.

With wing Mikita Vailupau in a flawless state of mind, scoring nine goals in the first half, Brest overcame a slightly slow start to pump up their fans.

The gap continued to grow before the half ended, as the Belarusian side rode a 73 per cent shot efficiency to a 16:13 lead.

Yet the game was far from over. Already confirmed as group winners after last week’s win against Veszprém, Kiel started the second half with a 4:0 run that turned the game on its head. 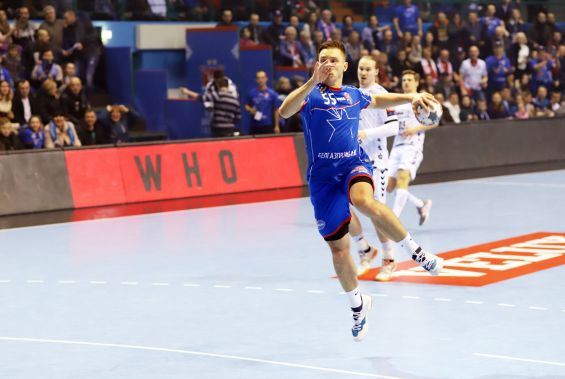 But Brest fought back and regained the lead in the 44th minute, 23:22.

Handing their fans a parting gift, the Belarusian side extended their lead to six goals, 30:24, and eventually sealed a superb win, 33:30, as they became just the second side to defeat THW Kiel this season.

Despite the victory, Brest remain stuck in seventh place and cannot advance from the group phase.

He said: "The guys did a great job and earned two points. Separately, I will mention Ivan Matskevich, who made more than 20 saves. We had mistakes at the end of the game. Nevertheless, we won."

THW Kiel right back Steffen Weinhold was naturally disappointed by the result. He said: "Of course I'm upset. We hadn't enough power in defence, made many mistakes.

"Another reason is the poor effectiveness in the attack. I note the fantastic game of Meshkov Brest's goalkeeper (Ivan Matskevich)."