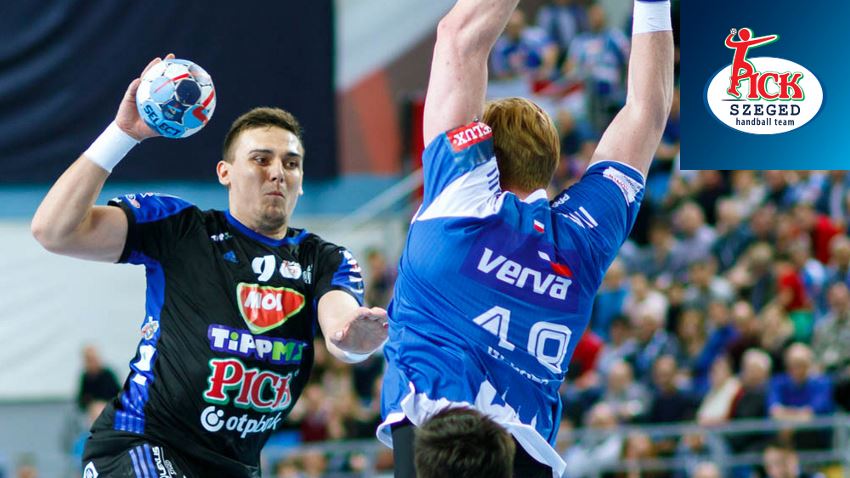 Szeged ready for the new season, with the same hopes

After they broke Veszprém’s long-time hold on the Hungarian title in the previous season, every MOL-Pick Szeged fan expected an easy road to Cologne and that their beloved team would repeatedly win the domestic trophy. But only two bad games were enough to ruin everything they built during the 2018/19 season.

The main pillars are the same, however – and one more year together could make the roster even better. With the extra help of Roland Mikler and Luka Stepancic, the VELUX EHF FINAL4 seems a doable quest.

With Juan Carlos Pastor on board, the team will never be underdogs. One more year with a slightly changed roster could mean more understanding and better team chemistry, which automatically brings better results. While the expectations are the same regarding Cologne, do not forget the domestic rivalry with Veszprém, who sit back on the throne after 2018/19.

The former world champion coach is a guarantee that handball fans will see something unique from the Tisza River bank. Moreover, with the arrival of Stepancic and Bogdan Radivojevic, the Spanish mastermind has two more world-class pieces for his puzzle.

What will Zsolt Balogh’s departure mean?

Not only a high scorer, but the fans’ favourite and the team captain, Zsolt Balogh, left over the summer to join Tatabánya. Balogh spent eight seasons with Szeged and put his heart on the court every single time. The experience and the connection with the supporters as the voice of the players will be missed, not to mention his role in the locker room.

Consistency is the key

MOL-Pick Szeged have had only two rough games in the last season, yet they were enough to eliminate them from the VELUX Champions League and place them as runners-up in the domestic championship.

“The objective is always the same. We want to perform 100 per cent and to win all the matches that we play in the season. Our dream is, of course, to step through the door of the FINAL4 and to achieve at least one title in Hungary as well,” says team manager Levente Juhász.

A post shared by MOL-PICK SZEGED Handball Team (@pickhandball) on