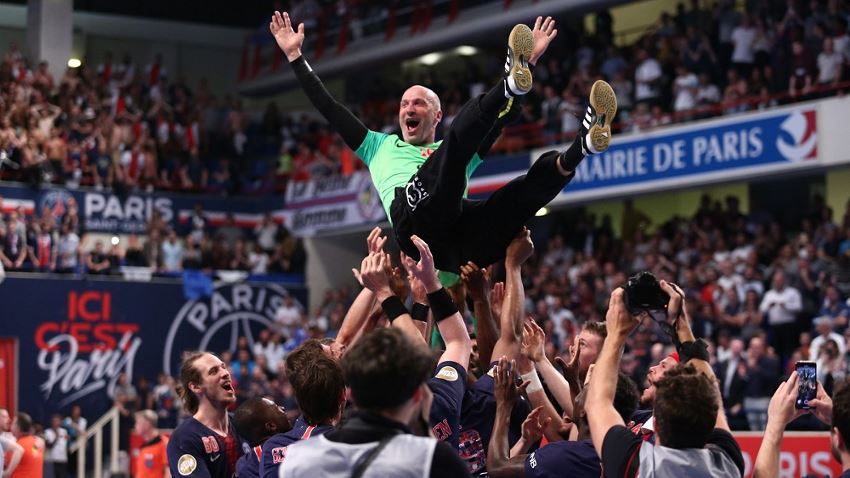 Omeyer: “The Champions League was everything I dreamt of”

The VELUX EHF FINAL4 celebrated its tenth birthday in Cologne earlier this month, but it was without one of its most iconic players. Paris Saint-Germain goalkeeper Thierry Omeyer failed to qualify for the event after his team lost to Kielce in the quarter-finals.

Although the failure to make the VELUX EHF FINAL4 this year put a dampener on the season, it hardly lessens the shine of an incredible career. Omeyer has won the Champions League four times, three with THW Kiel and one with Montpellier, and each of the four had a special taste.

“It’s hard to say which one is my favorite, every title is amazing. I had the chance to win the Champions League playing both the old formula and the FINAL4 one,” he remembers.

“I signed in Montpellier and winning the Champions League became one of the major goals. The final, in 2003, was crazy, I don’t think turning around such a deficit had ever been made before.

“Celebrating at home with Kiel in 2007 was amazing as well, just like the first FINAL4 in 2010. I remember the Lanxess Arena being on its feet for the last 20 minutes as we turned around a six-goal advantage. That was huge. And 2012 was the perfect season, losing only one game in the Champions League season,” the 42-year-old Frenchman says.

"Those finals and big games made an impression"

In such a record-filled career, how special was it for the iconic French goalkeeper to play in the Champions League? When he was a young handball player, he admits he watched a lot of Champions League games, and that the finals between FC Barcelona and Badel Zagreb made him want to play at the highest level.

“Those games were full of amazing players, playing in sold-out arenas in front of passionate fans. That’s what I wanted my career to be. Those finals and big games made an impression on me,” he recalls.

“A couple of years later, I started being a part of them with Montpellier. And it turned out the Champions League was everything I dreamt of,” says Omeyer.

How much of a regret was this season’s elimination and the lost opportunity of a fifth Champions League title?

“When I arrived, I wanted to help to help Paris Saint-Germain to become a bigger club. We went to Cologne three times and, in 2017, we were very close to winning the Champions League,” says Omeyer.

He says he still really enjoyed playing the quarter-finals against Kielce this year.

“Not qualifying this season is part of the sport. Even if we didn’t get the cherry on the cake with a FINAL4 ticket, I loved playing this return game. The atmosphere was incredible, our arena was on fire, that’s what I’ve loved throughout my career,” says the goalkeeper, who said right after the game that he was more upset about his team being eliminated from the competition than what it meant for himself.

This last season still gave Thierry Omeyer the opportunity to visit some of the most iconic venues in the sport, including some that he played at a lot in his career and that he will never return to as a player.

“The most emotional one was perhaps Flensburg. I’d been there a lot with Kiel and with Paris too, and it was always a big battle. And I thought about it after the game, like, this was the last time,” says the Paris player, who is yet to decide what he will do after the summer break.

But if the future remains to be written, the past, on the other hand, is full of good memories for Omeyer.

“When I look back at my career, I won the Champions League four times, the Olympics twice, the EHF EURO three times. I can’t exactly complain, can I?” 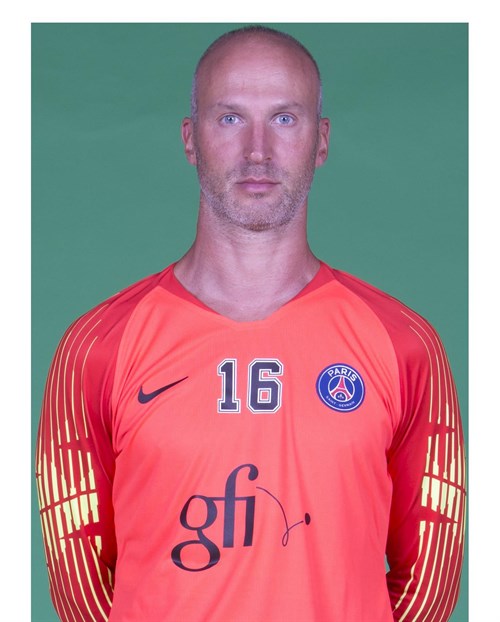