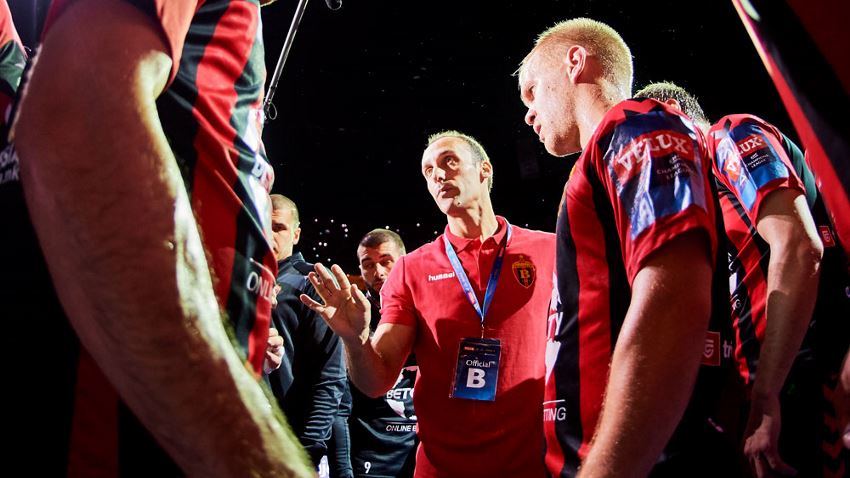 Parrondo or Davis – who will make history?

Two former teammates fight for the trophy as coaches of the two finalists, two legends will end their careers, one of two players will become the first ever to win the VELUX EHF FINAL4 three times – and a legendary goalkeeper, vying for his fifth trophy, is in doubt. The final of the VELUX EHF Champions League 2018/19 season includes many incredible stories.

In 2008 and 2009 they were teammates, winning the EHF Champions League with Ciudad Real twice in the final against Kiel. For many years, David Davis and Roberto Garcia Parrondo played in the same teams: Ciudad Real and the Spanish national side.

Veszprém are playing their fourth EHF Champions League Final – and hope to end the curse after three defeats in 2002 (against Magdeburg), 2015 (Barcelona) and 2016 (Kielce), while Vardar are finalists for the second time following their trophy win in 2017. If Veszprém are victorious, they will be the eighth different winner in eight years since 2012 – after Kiel, Hamburg, Flensburg, Barcelona, Kielce, Vardar and Montpellier.

In EHF Champions League history, Vardar have beaten Veszprém only once – that 25:27 home defeat in September 2018 was the reason Veszprém let go of coach Ljubomir Vranjes, who was replaced by Davis. The Spaniard turned the team’s fortunes around, and the 33:30 victory in the semi-final against Kielce on Saturday was Veszprém’s 12th straight win in this competition, including five in the knockout matches.

The way to the final was completely different: While Veszprém were constantly ahead versus Kielce, Vardar pulled off another Cologne miracle. Falling behind 9:16 at the break and 19:25 in minute 47, they stormed over Barça to win 29:27. “We fought like lions and we will fight like lions again,” said team captain Stojanche Stoilov after their triumph of will against the record winners.

Both semi-finals were headlined by double-digit scorers: Petar Nenadic tallied 12 for Veszprém, while Dainis Kristopans netted 10 for Vardar. The Latvian giant is currently on a total of 90 for the season – four goals below current top scorer and former Vardar player Alex Dujshebaev.

On the other hand, Veszprém’s biggest asset is in doubt: Goalkeeper and four-time Champions League winner Arpad Sterbik’s presence in the semi-final ended before the break, and he may miss his 250th Champions League match, which he hoped to crown with a trophy. The last Champions League final Sterbik was part of was in 2017, when he secured the trophy for Vardar and became MVP of the VELUX EHF FINAL4. Veszprém have called in 17-year-old goalkeeper Kristof Laszlo Palasics.

Three other players can hope for their third trophy: Veszprém’s Lazlo Nagy (2005 and 2011 with Barcelona) and Momir Ilic (2010 and 2012 with Kiel), and Vardar’s Ivan Cupic (2016 with Kielce and 2017 with Vardar). Either Cupic or Ilic will become the first player ever to win the title for the third time at the VELUX EHF FINAL4.

Two notable careers will conclude on Sunday, as Nagy and Ilic will play their last match. Their Veszprém teammate, goalkeeper Roland Mikler, will play his final game for the club before returning to Szeged. On the other hand, it will be Igor Karacic’s last match for Vardar before he joins Kielce. Kristopans will leave for Paris after this season, and rising goalkeeping star Dejan Milosavljev has already signed for Berlin. 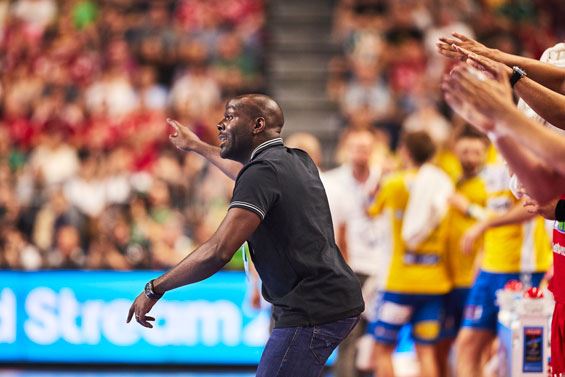