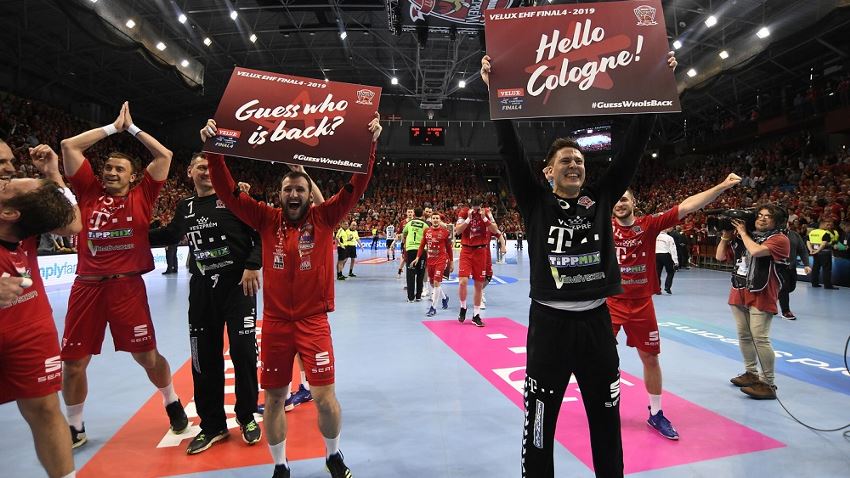 Six takeaways from the quarter-final

The return leg of the VELUX EHF Champions League Quarter-final was a perfect advertisement for handball. It deserves our attention one more time before all the focus shifts towards Cologne for the VELUX EHF FINAL 4.

Let’s reflect on a memorable weekend on the road to Cologne with the following six talking points:

Group A was special indeed

Before the 2018/19 season started, Group A was regarded by many as the strongest group the competition had ever seen. That might have been true after all: the four teams playing for the title at the VELUX EHF FINAL4 on 1/2 June all started their campaign in this group. They occupied the first four spots when the group phase ended in March: Barça Lassa (24 points), Telekom Veszprém HC (20), HC Vardar (19) and PGE Vive Kielce (14).

It is safe to say that Spanish coaches will leave their mark on the VELUX EHF FINAL 4 in Cologne – being in charge of all four teams participating.

With Talant Dujshebaev (PGE Vive Kielce), Xavi Pascual (Barça Lassa), Roberto Parrondo (HC Vardar) and David Davis (Telekom Veszprém HC) in charge, the trophy will be won by a Spanish coach for sure.

Barça Lassa missed out on the VELUX EHF FINAL 4 last season, but are now through with a 10-goal aggregate victory (61:51) against last season’s finalists, HBC Nantes. Winning the second match in the quarter-final 29:26 means that Barça further stretched their unbeaten home streak, having not lost an EHF Champions League game on own court since December 2015 - against Kielce, 33:31.

This stat won’t help them in Cologne, obviously, but others are well aware that Barça’s strengths are not limited to their home court.

After their 10-goal loss in the first leg against PGE Vive Kielce (34:24), Paris Saint-Germain HB needed to write history to qualify for the VELUX EHF FINAL4. And they came extremely close, as they won the second leg by nine goals (35:26) and therefore missed out by just one goal on aggregate, 60:59. It is the first time in four years that PSG are not part of the finals tournament in Cologne.

Meanwhile, the Polish champions are returning to Cologne for the first time since winning the competition in 2016. Back then, they won against PSG in the semi-finals (28:26) before eventually claiming the title.

A very tired & emotional @kielcehandball celebrates in Paris as they go through to the VELUX EHF Champions League Final4 despite losing 35:26. Their 10 goals & calm in the last 5 min were enough to reach the Final.#veluxehfcl #PSGKCE pic.twitter.com/GLFzZahPuU

Szeged unable to hold on for history

Like PSG, MOL-Pick Szeged won the second match in their duel but again it was not enough to go through. After losing the first match against HC Vardar by eight goals (31:23), a four-goal victory (29:25) did not do the trick. Szeged built a nine-goal lead during the match but were not able to hold on. So the Hungarian champions will not have their debut in Cologne this year.

Instead, Vardar return to Cologne for their third straight VELUX EHF FINAL 4 appearance. They won the title in 2017 but finished fourth the following year.

Telekom Veszprém HC have not lost a VELUX EHF Champions League Quarter-final match since 2013 and SG Flensburg-Handewitt did not change that. The Hungarian side won both matches (28:22 and 29:25) and by 10 goals on aggregate (57:47). Veszprém will now make their fifth VELUX EHF FINAL 4 appearance in the past six years while there are no German teams participating in the event in Cologne for the third time in a row.

This was the fourth consecutive EHF Champions League season where Flensburg were eliminated in the quarter-final. It certainly was not the way they wanted to say goodbye to their team captain, Tobias Karlsson, who retires after this season. History repeated itself as under the same circumstances last year, Flensburg said goodbye to Mattias Andersson after his last international match.