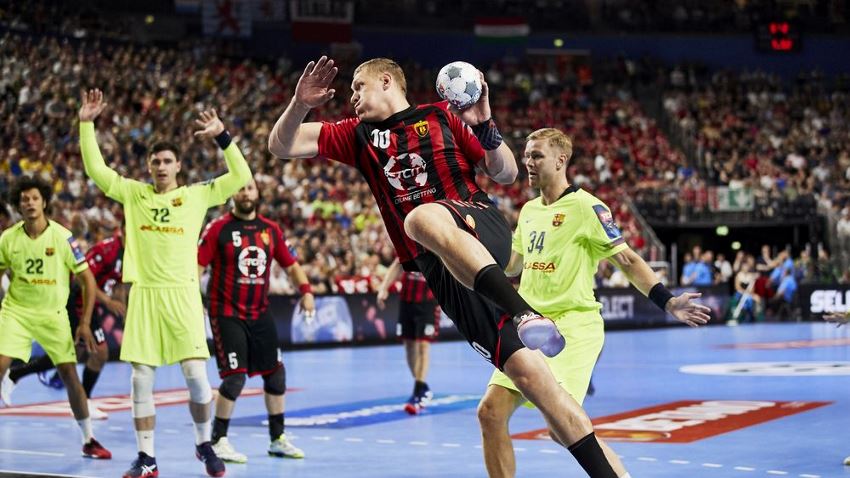 Coaches of this season’s VELUX EHF Champions League participants have been asked to nominate the strongest line-up.

A total of 23 coaches have revealed their personal favourites ahead of the new season, which began on Wednesday. All coaches were asked to nominate one player per position as well as the best of their fellow coaches.

No one team dominates among the eight names chosen, with reigning champions Vardar, plus beaten semi-finalists Kielce and Barça all represented by two players, while PSG and Kiel have a player each in the mix.

Despite losing a number of players over the summer, Vardar have managed to retain two players who opposition coaches regard as the best in the competition – left wing Timur Dibirov and right back Dainis Kristopans.

Barça’s Ludovic Fabregas was the most convincing winner of the entire selection, with 16 of 23 coaches selecting him as the ideal line player. The Spanish champions’ marquee signing of the summer Luka Cindric was selected at centre back.

Had Cindric not left Kielce this summer, the Polish club would have had the biggest share of names on the list, with right wing Blaz Janc and coach Talant Dujshebaev selected.

There are seven different nationalities on the eight-man list with only Denmark represented by two players.

Niklas Landin’s return to the top flight after Kiel’s season in the EHF Cup has made waves among the competition’s coaches as he was the most popular goalkeeper choice. Fellow Danish international Mikkel Hansen has enjoyed a blistering 2019 so far and was the clear choice at left back.