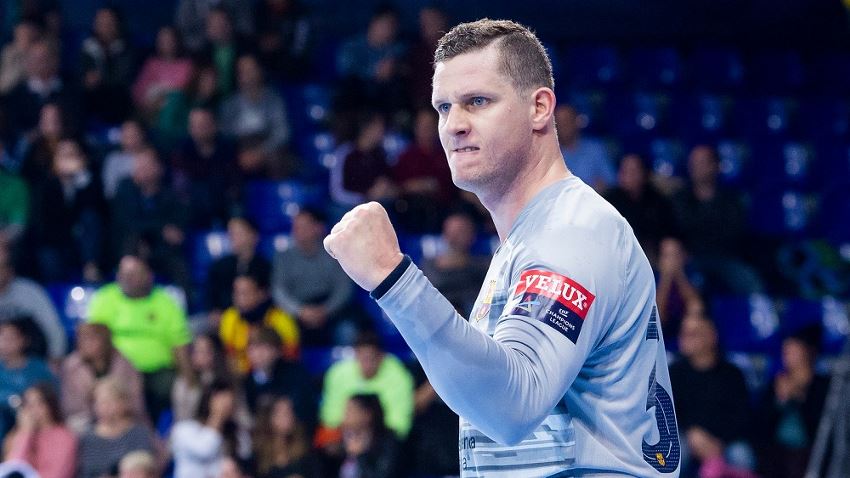 Five talking points to analyse round 8

While the race for the first place is getting hotter in groups A and B, the picture is also getting clearer in groups C and D, with just two rounds left to secure play-off berths.

Let’s have a look at the five key learning after last week’s round 8 of the VELUX EHF Champions League.

A new record for Barça?

Since the introduction of the new format of the VELUX EHF Champions League in the 2015/16 season, no team has recorded a better goal difference then Skjern. The Danish side finished on +74 after 10 games 2017/18. Their best mark was nearly beaten by PSG Handball, one season later, when the French champions boasted a +68 goal difference over 14 games.

This season, however, Barça are likely to set a new milestone as the Spanish powerhouse is dominating their opponents in a record-breaking way. After eight of 14 games, Barça are already on a goal difference of +71. The Spanish side scored 290 goals in the first eight games, for an average of 36.25 per game.

Play-off fight going to the wire

Bidasoa Irun (group C) and Dinamo Bucuresti (D) already were the only unbeaten teams left in the competition prior to round 8 and they maintained that status last week. The Romanian champions have now secured first place in the group, while the Spanish side will do the same with a win in one of their last two games, against Sporting CP and Eurofarm Rabotnik.

The fight for the remaining play-off spots is going to the wire. IK Sävehof’s surprising loss against Rabotnik this week meant that they are third, one point behind Sporting CP, a team which they are set to meet in the last round in Portugal in what could prove a do-or-die game for both sides. Meanwhile, Wisla Plock are hosting GOG next week, as the two teams are tied for second place in the group.

In group A the distance between Celje (six points) and Zagreb and Elverum (one point each) have grown to five points in a few days’ time, after the Slovenian side defeated their Croatian rivals twice. In group B Porto boast a six-point advantage over seventh-place Meshkov Brest. So it may seem like the battle for the final Last 16 berth in the two groups is over, but stranger things have happened in the European premium competition. However, the four bottom-placed teams in A and B have only one win between them and have won five points together in the first eight rounds, with their schedule never clearing up. Still, Brest, Motor Zaporozhye, Elverum or Zagreb are no teams to give up so easily.

Andreas Wolff's outstanding performance for @kielcehandball earned him player of the #MOTW, but was this double-stop better than his top-class save in the first half? #veluxehfcl #ehfcl #KCEVAR 🤔 pic.twitter.com/9ZiuEM39rN

The situation at the top of groups A/B promises a lot of excitement in rounds to come. In group A, Barça, PSG Handball (both on 14 points) and MOL-Pick Szeged (13) are as close as you could wish for. And in group B, leaders THW Kiel have got back to the winning ways against Porto, but their defeat against the Portuguese side in the previous round opened up the race for the first place again, with Montpellier only two and Kielce and Veszprém three points behind. The two winners will have a bye in the Last 16, so all teams in the running will have their eyes on the top spot for sure.

The tale of the goal scorers

Six of the seven leading goal scorers in the competition play in groups C/D. It might be a coincidence, but the gap between the leading pair, Rabotnik’s Vladislav Ostroushko (53 goals) and GOG’s Emil Jakobsen (52), and the followers is getting bigger and bigger. It may well be the fact that these teams rely heavier on one player, while powerhouses like Barça, Kiel, PSG or Veszprem, who score more on a game-to-game basis, have more solutions and divide their goals over more players on the scoresheet. However, players from teams will get far in the competition, will emerge. So watch out for Serbian wing Bogdan Radivojevic (45 goals) or Barça’s Aleix Gomez (43).