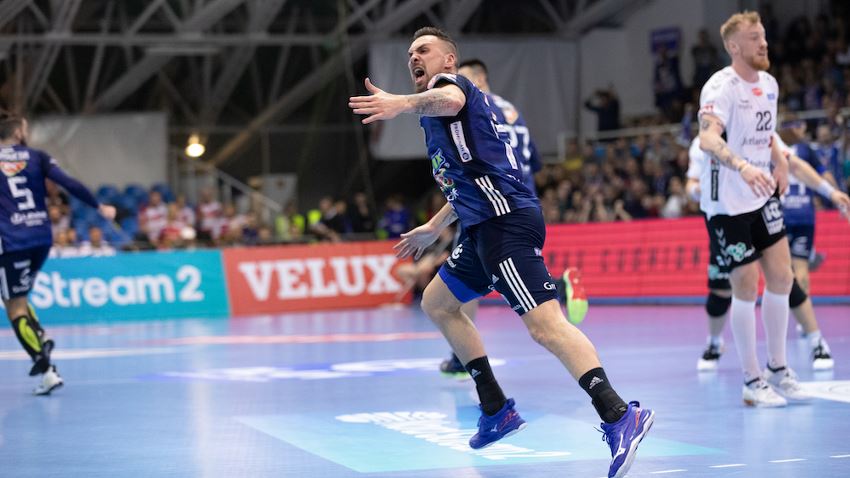 Before the first VELUX EHF Champions League round in 2020, MOL-Pick Szeged were second in the group and could temporarily leapfrog Barça for the lead if they were to win against Aalborg Handbold. For the Danish side, a victory in Hungary would have secured a ticket for the Last 16 – a first for the club since 2015.

In the end, the teams split the points after a thrilling encounter.

In the other group A game of the evening, the winner of SG Flensburg-Handewitt versus HC PPD Zagreb would take an option on a Last 16 qualification. Flensburg were the side to move closer to the knockout round thanks to a one-goal victory.

Aalborg were one of the biggest surprises of the beginning of the group phase, and you could easily see why in the early stages of Saturday’s game. Not showing any apprehension in front of one of the most fervent fan bases in Europe, the Danish side led the way throughout the first half.

Kristian Saeveraas was on fire between Aalborg’s posts in the first minutes, helping his team take an early three-goal lead, 6:3. Despite Dean Bombac bringing some offensive power for the hosts, it was not enough for Szeged to catch up on the score board.

Every turnover from the Hungarian team was punished by their opponents’ wingers. Benjamin Jakobsen and Buster Juul-Lassen combined for nine goals, including six for the latter, to help Aalborg lead by two at half-time (15:13).

The visitors kept their momentum in the second half, relying on their strong defence and making the most of every fast break opportunity. After one such goal, Jakobsen gave Aalborg their first four-goal advantage, 19:15.

But one man turned things around for Szeged: Roland Mikler, who entered the court at half-time, stopped four straight shots and, not allowing any goals for seven minutes, helped his team back into the game. Despite Aalborg taking a much-needed time-out with 12 minutes left to play, the teams were level for the first time since the 25th minute.

Level they stayed until the final whistle. Although they were ahead by two with less than one minute to play, Aalborg did not manage to seal the deal. After turning the ball over in the last 20 seconds, Aalborg could only watch as Bombac scored the equaliser for Szeged.

“They should win this match,” said Szeged coach Juan Carlos Pastor. “The team need to prepare for more time together, because we did not play at that level that we were previously. We made a lot of mistakes. We missed several oportunities when we were one-on-one with the goalkeeper. We shot badly and our goalkeepers did not get the support from our defence. It is just February and we have a lot of goals so we have to concentrate on those goals in the future.

“We have to trust each other in the future, because very important games will coming,” concluded Pastor.

Aalborg coach Stefan Madsen commented: “The Hungarian fans made an extraordinary atmosphere. We would like to thank them. We were very close to win the match, but unfortunately we only reach a draw so we are disappointed. We played one of our best games in this season. We had a lot of opportunities to win the match, but unfortunately we could not use it. Thus we have to travel to Aalborg with one point – although we are also a little bit satisfied because in Szeged you cannot get a point easily.”

Prior to this game, Zagreb had the least efficient offensive record of the group. Spectators in Zagreb Arena could see the confirmation of this statistic in the first half, as the hosts only scored nine times in the opening 30 minutes.

Flensburg were not much more prolific, netting 11, but that was enough to lead by two at the break. The German side could even have hoped for more as, following Michal Jurecki’s second goal, they moved ahead by four in the 28th minute.

Two late goals by Marin Sipic and David Mandic left things open ahead of the second half, with Zagreb only down by two as they went to the dressing room.

Those two goals seemed too much for the Croatian side to make up. Despite finally managing to score goals easily, Zagreb had problems in defence, and Marius Steinhauser and Magnus Joendal were left alone on their wings.

The Croatian side came back within one many times during the second half, even having the opportunity to secure a draw twice in the last minute. But Matej Hrstic’s first attempt was stopped by Benjamin Buric and Flensburg defended perfectly on the second opportunity. 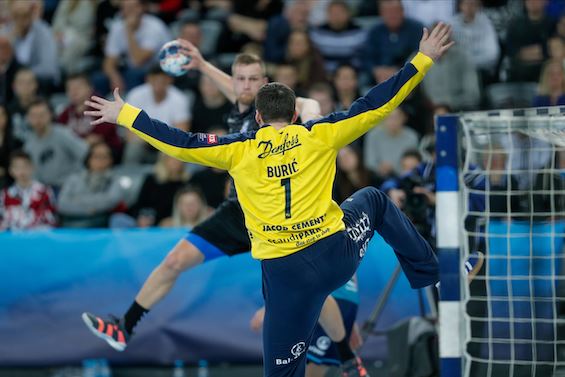 “Really important game for both teams. I’d like to congratulate my players on displaying a real fighting spirit here today. In some moments we were really close but in the end we committed a few turnovers and made a few mistakes which proved to be costly,” said Zagreb coach Veselin Vujovic, while Flensburg coach Maik Machulla commented:

“We were aware of the fact Zagreb will do everything they can to reach these two important points here today. Attack was good, fast, but defence was not on the same level. They were assisting their line players way too easily and I feel like we can really be happy with the end result.”

Thanks to this one-goal win, the German side are now almost in the Last 16, while Zagreb will have to gain points in Barcelona next week in order to keep their hopes alive.