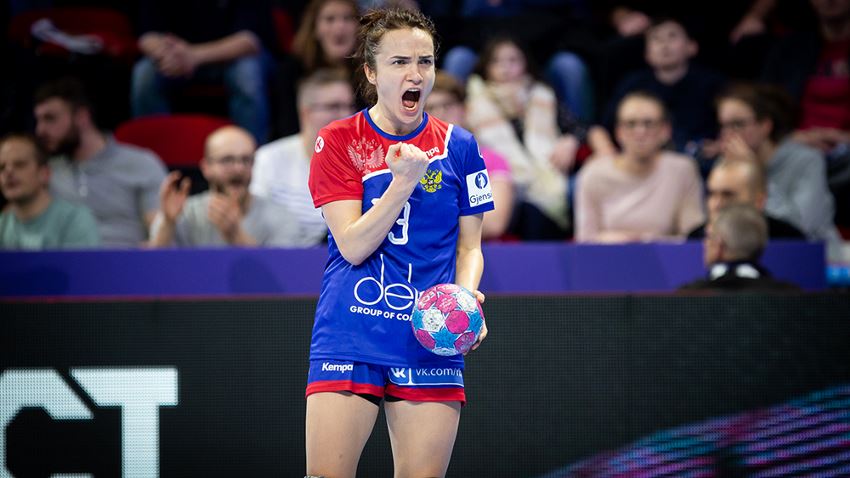 Vyakhireva and Schmid named December's Players of the Month

While the men’s international schedule in December was limited to just 11 matches of the VELUX EHF Champions League at the very beginning of the month, the leading female players took part in EHF EURO 2018 in France.

A panel of EHF correspondents throughout Europe have now voted for their EHF Player of the Month in December 2018. The men’s award goes to Andy Schmid from Rhein-Neckar Löwen, while Rostov-Don’s Anna Vyakhireva took the laurels in the women’s contest. 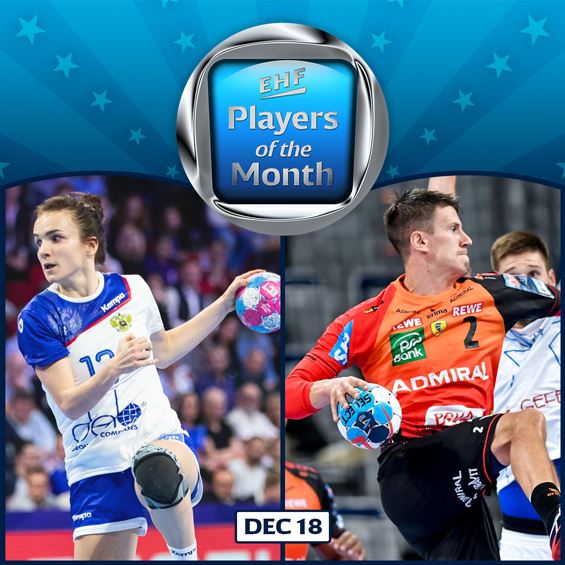 The 35-year-old Schmid has collected quite a number of trophies – both team and individual - during his long career. And becoming the EHF Player of the Month is not new for the Swiss centre back, who previously claimed the award in November 2016 and February 2018.

Rhein-Neckar Löwen played just one VELUX EHF Champions League match in December, winning 32:27 at Kristianstad, and Schmid contributed significantly to the victory with his 10 goals.

As Switzerland have not qualified for the World Championship 2019, the player is now able to take a short rest.

“Andy Schmid is currently on holiday in the Maldives and is highly honoured and pleased to be awarded again,” Löwen says in a statement.

However, the 23-year-old tries not to concentrate on individual honours.

“Some extra attention may relax me and stop from making further progress. So I’m trying not to think too much about such recognition. I have other things to focus on, and in any case team results are more important than personal awards,” she says.

At the EHF EURO 2018, the Russian was elected the MVP, yet her team lost to the host nation France in the final, and it was quite painful for Vyakhireva.

“I’m still unhappy with our result. Now the emotions have somewhat subsided, and I realise that we did a good job, but you always want more,” she says.

Overall, the right back recognizes that 2018 was a successful year for her personally. “To some extent, it was good. But I would be really happy if we had won the EURO,” Vyakhireva adds.

Now she is fully focused on her duties at Rostov, who will start the main round of the Women’s EHF Champions League later this month.

“We haven’t had any games in the last couple of weeks, so the primary goal is to get back in shape and find our rhythm as soon as possible,” Vyakhireva says.