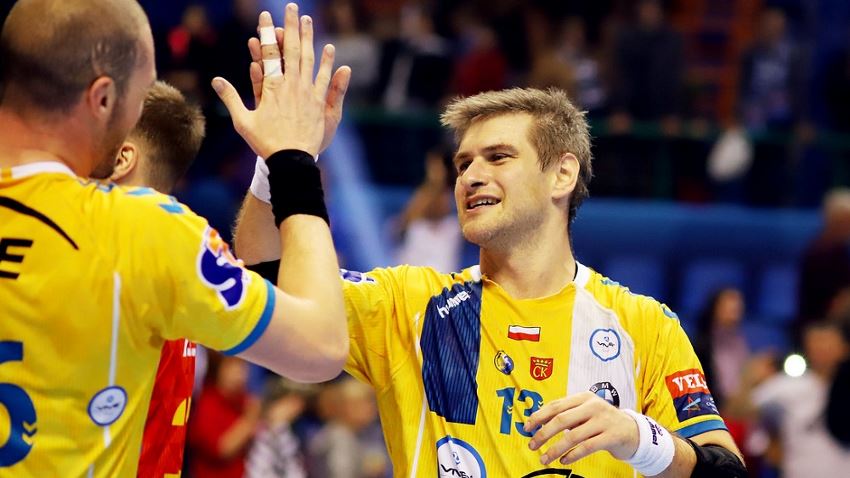 Giving back, a new mascot and wow highlights

We have a new mascot for one of the premium handball teams, a player who is an artist, and some help to local communities by great characters. Let’s move around social media to see what happened last week.

PSG give back to those in need

PSG are always trying to help the local community and this week, the football and handball teams joined hands to give back to those in need. Goalkeeper Rodrigo Corrales and football players Sergio Rico and Mauro Icardi visited a hospital to bring a smile to children. An emotional video to watch, but a big joy for the little ones.

Barça hosting PSG was one of the outstanding games of the weekend, with the Spanish side jumping to a 36:32 win, taking advantage of PSG’s injury woes. The game was promoted by the Spanish champions with a great poster and with a French twist.

No easy interviews in PSG

Try conducting an interview with a player or the coach for PSG. Just try! You will surely be surprised at least a time.

A close relationship with the fans

Aalborg are a tight-knit community and playing in the VELUX EHF Champions League is surely a boost for their popularity. As the local fans celebrated the 10th birthday of their association, the club donated money and put together an event to boost the relationship.

New kid on the block

Have you met the new Veszprém mascot? He made his first appearance in last week’s win against Vardar, 39:30, and there was a queue to take a picture with him.

Great team spirit brings wins and this was clear for PGE Vive Kielce, who ended a two-game losing streak against Meshkov Brest last weekend. The team photo underlines the spirit after the win.

A post shared by PGE VIVE Kielce (@kielcehandball) on

An artist both on and off the court. Maybe Valcea’s results need improvement, Kristina Liscevic is definitely an interesting person and a creative player.

A former wing himself, Ambros Martin was wowed by this superb piece of skill from Marina Sudakova. Unfortunately for Rostov, it did not prevent a loss against Esbjerg, 31:28.