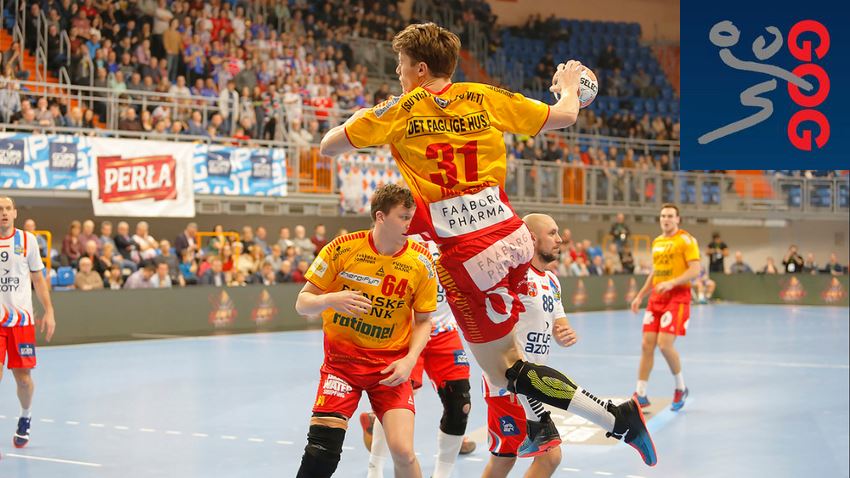 Exactly 10 years after their last adventure, GOG are back in the VELUX EHF Champions League.

Financial problems in 2010 marked a severe setback for one of the Denmark’s most successful clubs of the past three decades, but after reaching the final of the Danish championship last season, the talent factory from the south of Funen is back in the top flight, this time in Group D.

- How will GOG´s many young players cope in this new environment?

Known for being Denmark’s main talent factory, GOG have many young players in their squad. They are talented beyond any doubt, but inexperienced at this level.

Manager Torsten Laen, who won this competition twice with BM Ciudad Real during his playing days, finds optimism in good performances in the EHF Cup in recent years.

“It is an exciting task for our young team to be playing in the Champions League this season. We have had good experiences in the EHF Cup in recent years and now we look forward to trying it on an even bigger scene.

“It is extremely big for GOG to be back in this distinguished company after so many years of absence, and we will fight to move forward despite the great teams we will be facing,” says the former Denmark international.

- How will GOG fill out the gaps left by goalkeeper Ole Erevik and right back Niclas Kirkeløkke?

Not only has former Norwegian national team goalkeeper Ole Erevik ended his career. His substitute, Frank Mikkelsen, who was almost as experienced, has left for relegated TMS Ringsted.

Much will depend on their ability to fill out the gap left by Erevik and Mikkelsen. A huge gap was also left in the right back position, as Denmark international Niclas Kirkeløkke joined Rhein-Neckar Löwen.

However, GOG managed to cope without Kirkeløkke for great parts of the last season, when he was injured, and newcomer Stig Tore Moen Nilsen from IFK Kristianstad should have a good chance to fill out the gap with young and promising Mathias Gidsel as supplement.

- Can GOG reach the knockout phase?

IFK Kristianstad bring plenty of experience from their seasons in Groups A/B, as do Orlen Wisla Plock and, to a certain extent Kadetten Schaffhausen.

Reaching one of the two top spots that give access to the play-offs will demand quite an effort from GOG, which the manager also realises.

“We are in a difficult group with many teams with a lot of CL experience from the recent years, so that is clearly an advantage for them.

“But we believe we can beat any team, if we play to the best of our ability,” says Torsten Laen.

Under the spotlight: Viktor Hallgrimsson

The 19-year-old goalkeeper, who has joined from Fram Reykjavik in his homeland before this season, will really be put to the test in Group D of the Champions League.

He made a great impression at the U 21 World Championship this summer, but he will be facing a different level in the Champions League, where Hallgrimsson’s and veteran Søren Haagen´s performances will be crucial to the success for GOG.

In GOG, they realise that returning to the Champions League after 10 years of absence will represent a challenge to the young team they have these days.

One of the most experience players in the team, captain Lasse Kronborg is well aware of the task that is awaiting him and his teammates.

“It is an incredibly tough group we are in.

“Although it may not be names like Flensburg, Paris or Barcelona, they are teams with great quality, strong home grounds and a lot European experience.

“It was probably to most difficult draw from all seeding pots, but we are delighted to face the challenge, and I am sure our young team will get plenty of experience from being tested in the best international club tournament,” finds Lasse Kronborg.

“We will obviously fight and hope that this will be enough to proceed, even though we know it will be difficult,” adds the team captain.

Except for playmaker Josef Pujol, none of the other players in the GOG squad were born when veteran goalkeeper Søren Haagen made his debut in the league team in 1992.

This season is GOG’s 20th season in Europe after they had their European debut in the Cup Winners’ Cup in the 1993/94 season.