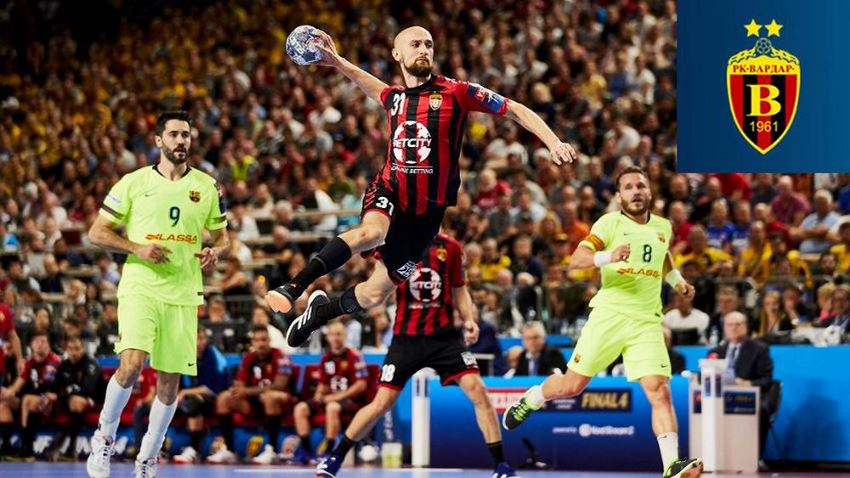 Defending champions face yet another challenge

The uncertainty of the club’s future ahead of last season’s VELUX EHF FINAL4 made it an all-or-nothing situation for HC Vardar.

It gave the Macedonian champions extra motivation as they added another incredible story to the club’s history, setting off nationwide celebrations as tens of thousands of fans welcomed their heros back home in Skopje.

Now, with a new head coach and numerous changes to the squad, Vardar are facing a tough challenge in the VELUX EHF Champions League once again.

- Can new coach Pisonero become the third Spanish coach to win the title with Vardar?

David Jose Pisonero joined the reigning champions as the third Spanish coach in a row, after Raul Gonzalez and Roberto Garcia Parrondo, who both led the team to the title, in 2017 and 2019, respectively. They have set the bar high for Pisonero.

The real challenge for the former coach of Atlético Valladolid will begin already in the group phase, as Vardar will meet the old acquaintances Veszprém, Kielce and Montpellier.

- How will Vardar cope with the departure of last season’s key players?

No less than nine players have left, including Dejan Milosavljev and Igor Karacic. Over the years, Karacic had established himself as one of the backbones of the team, while rookie Milosavljev ended the season as a star between Vardar goalposts.

With several new signings, Vardar have replaced these positions, and new head coach Pisonero is confident that the newcomers will quickly adapt to his playing system.

- Can Vardar reach Cologne for the fourth time in a row?

As the defending champions, Vardar have to set it as their goal to keep their position among Europe’s elite. “We are defending champions so it will be a very difficult year for us. We were in this position before so we must act like champions in every match and that’s not easy,” says team captain Stojanche Stoilov. “Our objective is the same like always: the VELUX EHF FINAL4, and if we reach Cologne, then there is always a chance to win the Champions League.”

Under the spotlight: Dainis Kristopans

Having joined Vardar in 2017, the Latvian player has become a key element in the game of the Macedonian team over the past two seasons.

Kristopans ended the 2018/19 season as the second-best scorer of the VELUX EHF Champions League with 94 goals. Especially his long-range goals at the VELUX EHF FINAL4 were instrumental in Vardar’s way to the trophy last season.

Also in 2019/20, the focus will be on the Latvian giant, who will swap the red-black jersey after the season for the colours of Paris Saint-Germain HB.

Holding three titles from last season - also the domestic championship and the SEHA League - means that Vardar will concentrate on defending their trophies in all competitions.

“Vardar’s goal is always to be among the top teams in the VELUX EHF Champions League. This season we will defend three trophies and also we will try to promote some new handball stars and to combine experiences and youth,” says club manager Davor Stojanovski.

This season Vardar will feature players from eight different countries in their squad. In fact, with the coaching staff included, the number of nationalities is 10.