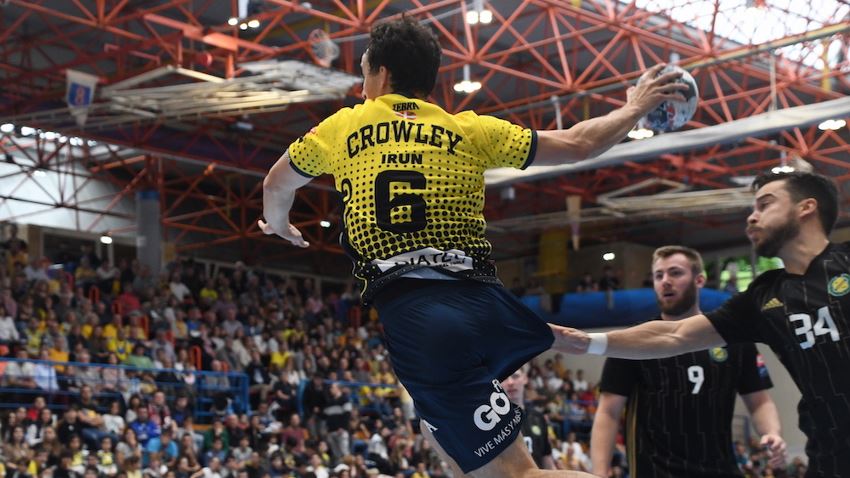 The last-standing perfect winning record in this season’s VELUX EHF Champions League was brought to an end on Sunday afternoon as Bidasoa Irun handed IK Sävehof their first defeat of the campaign.

A powerful run midway through the first half set the Spanish side on their way and they never looked back, securing a comfortable victory and with it top position in group C.

There was little to choose between the sides in the opening exchanges, with both trading goals with relative ease and neither goalkeeper able to make much of an impact.

Irun’s movement in attack troubled their opponents and drew a pair of early two-minute suspensions, but the home side were unable to capitalise on the numerical advantage. Eventually, however, their attacking threat began to take its toll as they opened up a 13:8 lead and 10 different players found the back of the net.

Although Sävehof clawed their way back within two goals, turnovers in attack cost them dearly. The visitors failed to find the final pass on a number of occasions, which Irun took advantage of to record a 4:0 scoring run and create an 18:12 lead before returning to the dressing room. 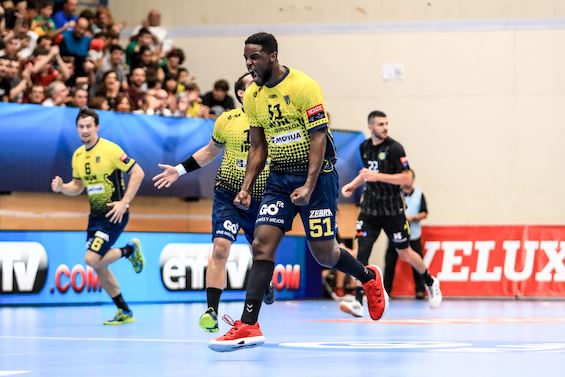 Esteban Salinas scored the first two goals of the second half for the home side and set the tone for the rest of the afternoon.

William Bogojevic, Sävehof’s top scorer so far this season, was given a chance to inspire a comeback, but three missed shots early in the second half summed up the Swedish side’s game.

Meanwhile, Irun were scoring at will, led by Jon Azkue’s eight-goal haul, and the capacity crowd were enjoying the party-like atmosphere as they cruised to their fourth win, leapfrogging their opponents into the top spot in group C.