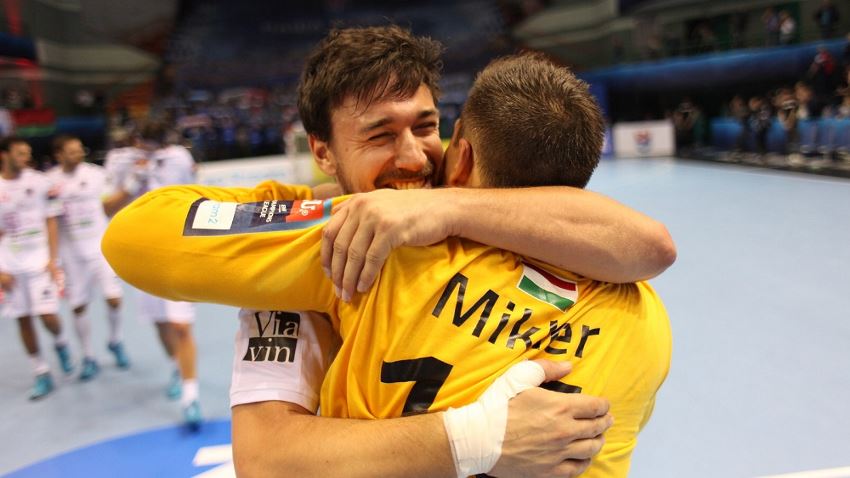 Have Veszprém turned the tide?

The group phase of the VELUX EHF Champions League 2018/19 season is still in its early stages, but is providing fans around Europe with a lot of topics to discuss: run of form, streak of losses and players beating the buzzer.

Here are the top talking points after Round 4:

There is something not right with the reigning champions of Montpellier HB. Never since the introduction of the FINAL4 format have the defending champions lost their first two games in the following season… but the run of consecutive losses has now reached an incredible four games for the French side.

Montpellier eliminated Barça Lassa in the Last 16 on their run to the trophy last season, but the Catalan side was not going to let that happen again, and won their Group A encounter 35:27.

Montpellier right back Valentin Porte is honest about this run of form, stating that the team simply cannot compete with this kind of capacity at the current level.

There has been a lot going on within the Telekom Veszprém HC headquarters over the last few days. Istvan Gulyas has taken over, at least temporarily, after Ljubomir Vranjes’ dismissal following the worst season start in 23 years for the Hungarian giants.

After two losses from their first three games, Gulyas managed to get them on the right track in a close game against HC Meshkov Brest in Group A. Keeper Roland Mikler saved a penalty with only a few seconds left to secure the important two points for his team.

A run of 6:2 late in the game for Veszprém was equally important and the Hungarians will want to build on this win which showed a good character.

RESULT: A superb close match between @bgkmeshkova and @mkbveszpremkc ended in a 29:28 win for the visitors after @Mikler16's save in the final moments. #veluxefhcl 💪 pic.twitter.com/5F0uFITMxY

3. Three teams yet to drop a point

After the first four rounds, three teams have won all their games. HC Vardar and Paris Saint-Germain HB are building on their good run in the group stage last season, as they qualified straight to the quarter-final by winning their groups.

The third team with full house this season are Hungarian champions MOL-Pick Szeged in Group B. They have now already gained more than half of their points total from last season’s group phase and are sending a clear message.

No wonder their fans are happy!

4. The home court is crucial
It is important to have a good home court. PSG has turned their hall into something really special and are now on a run of 31 games without a defeat at home.

Danish champions Skjern were brilliant in Group C last season but are now in the battlefront in Group B. To have a solid home court is vital to be able to take this step up and they know that.

The Danes have now only lost one of their last 14 home games after a draw against HC PPD Zagreb over the weekend, 31:31. They are third in the group now, ahead of last year’s runners-up HBC Nantes and German champions SG Flensburg-Handewitt, and their incredible form at home surely has something to say in that.

5. Nothing beats a good buzzer

We love a dramatic finisher and that was really the case when Elverum beat Wacker Thun in Group C, 30:29.

It was neck and neck towards the very end when the Norwegian champions got the last attack. Simen Pettersen scored the winning goal, literally in the final second, which secured the second win in a row for Elverum.

It is hard to find more joy than winning like this.

WATCH: @ElverumHandball were ecstatic after sealing victory over #WackerThun with a goal in the LAST SECOND of their #veluxehfcl match! pic.twitter.com/N7iIaZeGgu