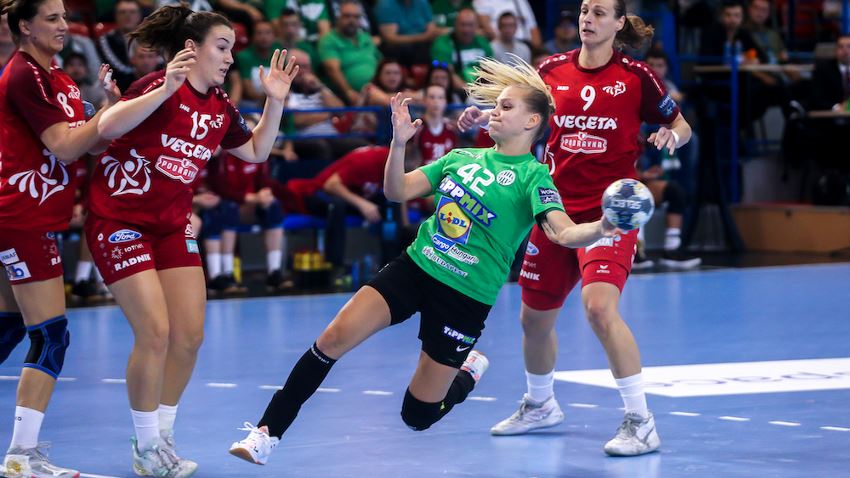 A brilliant performance during the last 20 to 25 minutes of Saturday’s group A clash earned FTC-Rail Cargo Hungaria their first win in the DELO WOMEN’S EHF Champions League this season, as they beat HC Podravka Vegeta 37:31.

Podravka were leading through the first half and managed to follow the home team some way into the second period before FTC decided the matter.

After 35 minutes, not much indicated a clear win for FTC. At that point, the match was still equal, but from then on, the hosts dominated the game completely.

“I am glad that in the first half the players helped and motivated each other and let the energy spread, even though Podravka had the advantage. In the second half, the defence became harder and better, the girls could overcome the bad period and we could turn the match,” said FTC coach Gabor Elek.

“We are proud of our supporters – that they have stood by us for better or worse. It was an important win that make our soul stronger and we hope that we can continue like this.”

HC Podravka Vegeta took the initiative from the start, never allowing the home side to claim the lead in the first half.

The movable 6-0 defence played by the Croatian team caused FTC’s attack serious trouble, and the fast breaks and restarts from Podravka did not allow their opponents a second to rest.

As a result, Podravka were leading throughout most of the first half, several times even by three goals, before FTC managed to level the score before the break.

15 seconds into the second half, Noemi Hafra gave FTC their first lead, at 18:17. Podravka managed to follow their hosts to 21:21, but as FTC went from 23:22 to 29:22, the matter was decided, with 11 goals from right back Katrin Klujber contributing significantly to the clear win.