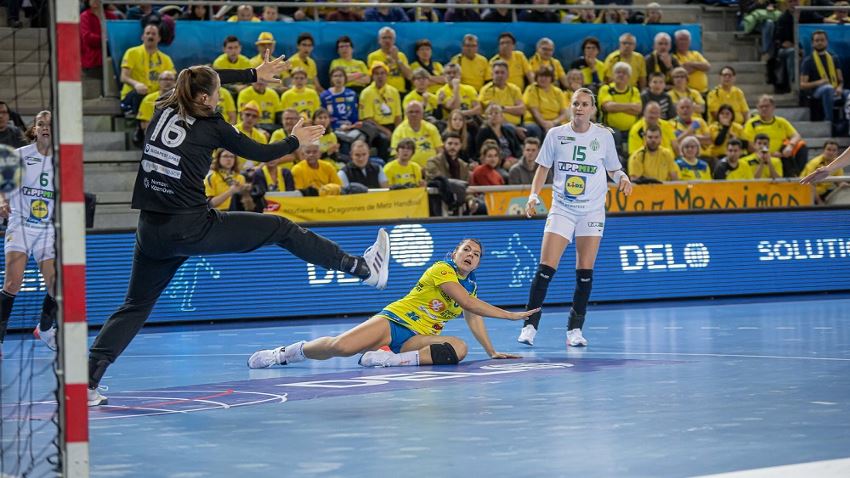 Metz come from behind to grab point against FTC

All main round tickets in group A of the DELO WOMEN’S EHF Champions League had already been booked before the start of round 6.

Still, Metz Handball and FTC-Rail Cargo Hungaria played for additional points to take with them to the next phase, and they shared the spoils in an entertaining 24:24 draw.

Elsewhere, Vipers Kristiansand ended the group matches on a high with a 34:28 win over HC Podravka Vegeta, although that result did not affect the Norwegian side’s points total for the main round.

Metz, Vipers and FTC will meet three teams from group B in the main round: Rostov, CSM and Esbjerg.

FTC were the last team to come back victorious from Les Arenes three years ago, and it seemed like they had not forgotten how they did it as the Hungarian side quickly led by five (6:1) after 10 minutes.

When youngster Meline Nocandy came on, it brought much-needed dynamics to Metz’ backcourt, but the hosts failed to catch up as Nadine Schatzl scored five times before the break (14:10).

Metz kept struggling to get past FTC’s defence and to contain Noemi Hafra and Viktoria Lukacs.

When Haifra made it 21:16 for FTC in the 43rd minute, Metz finally found their feet defensively. With Ivana Kapitanovic making important saves, the French side didn’t concede another goal for 12 minutes and managed to level the score at 21:21.

In a thrilling end of the game, Metz even went one ahead thanks to Jurswailly Luciano (24:23), but Viktoria Lukacs scored the equaliser with six seconds left.

With the qualification already secured and this game not having any impact on the number of points for the main round, Vipers coach Ole Gustav Gjekstad decided to give some playing time to Chinese goalkeeper Yurou Yang and Carolina Morais on the right wing. 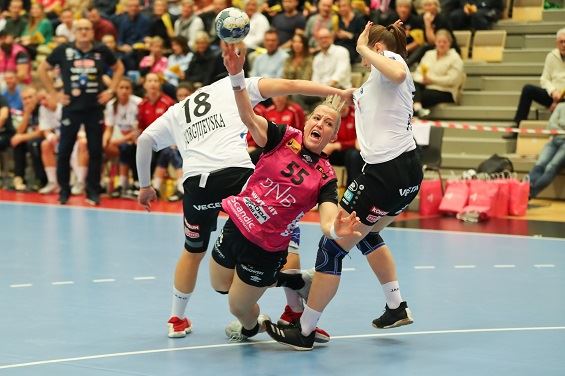 Podravka, however, stayed close until Heidi Løke and Dahl showed their prolific qualities in fast breaks, handing the hosts a clear 20:13 lead at the break.

Vipers didn’t take their foot off the pedal after the break. But Podravka fought their way back with  Elena Gjorgjevska scoring four goals in six minutes’ time, but the hosts’ victory never was in danger.

“Podravka are a tough team, but I think my girls fought well in attack, although we struggled a bit in defence at times,” Vipers coach Gjekstad said. “Now we are through to the next round with five points, which is something we are very satisfied with.”

Podravka coach Zlatko Saracevic said his team “played on the top of our game, but in the last 10 minutes of the first half Vipers put the game to bed. The next goal for us now is to go as far as possible in the EHF Cup.”