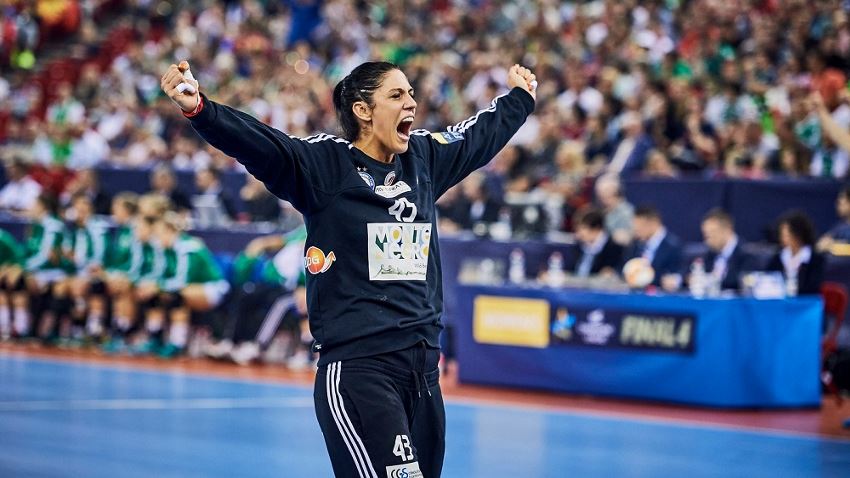 How a defensive masterclass won Buducnost the title in 2015

In 2014, at the inaugural Women’s EHF FINAL4, Buducnost had little to no chance against a flawless Györ side.

But with a layer of experience added and a world-class defence, the Montenegrin powerhouse came roaring back in Budapest the next year and took their second title in the EHF Champions League.

The final against Larvik, a clash of two strong defences that yielded only 48 goals, tied for the lowest number of goals scored in an EHF Champions League final.

For those who love a tactical game, the Women’s EHF FINAL4 2015 will be streamed in full on the EHF Champions League Facebook page and YouTube channel from Friday through Sunday, with the final running on Sunday (31 May) from 18:00 CEST.

A draw in the group phase against Vardar was the only blip on the radar for Buducnost, which entered the Women’s EHF FINAL4 with 13 wins and a draw.

However, Larvik went even one better and arrived with 14 straight wins in Budapest.

So it was a clash between two unbeaten sides, which thoroughly dominated the season and had little trouble to dispose of their opponents.

While Buducnost steamrolled Viborg in the quarter-final phase (57:41 on aggregate), Larvik even bettered the Montenegrin side in their double-header against Thüringer HC (65:44).

Both sides had built their stamina up in the semi-final, as Larvik navigated through a game against Dinamo-Sinara (31:22), while Buducnost avenged their draw against Vardar in the group phase, with a proper 27:17 win, that highlighted their penchant for tough defensive games.

Despite their 15-game winning streak in the competition, Larvik’s start in the final was far from flawless. Buducnost barged their way into a 4:0 lead and never looked back. While Nora Mørk may have scored Larvik’s first four goals and the Norwegian side clawed back to a two-goal deficit, 7:5, they never really got going.

The game was already over by the 40th minute, when Buducnost opened a 20:11 gap that proved to be unassailable. Larvik managed to cut the gap to only four goals, but by that time the Buducnost players were already dancing on the sideline.

The German shot stopper had already made up her mind before the end of the season and decided to leave Buducnost to return to Germany after four successful years.

But Woltering did not leave empty-handed and consolidated her status as a top goalkeeper with an amazing game against Larvik.

With 14 saves throughout the game, she was named the Most Valuable Player of the event, constantly frustrating Larvik’s attack, which was limited to only 22 goals scored during the game.

Woltering proceeded to play for Borussia Dortmund until 2019, but also took over her parents’ farm, with her earning her degree as an agricultural engineer.

She might not have been Buducnost’s top scorer in the competition – Cristina Neagu scored 102 goals to grab that honour – but Katarina Bulatovic’s experience was an important weapon for the Montenegrin powerhouse in the final against Larvik.

Bulatovic, who was back after two seasons at Oltchim and Györ, put seven goals past her opponents, winning the trophy for the fourth time in her career. At that time, only Ausra Fridrikas (six) and fellow Montenegrin back Bojana Popovic (six) had won the competition more times than Bulatovic.

“This was the greatest weekend of my life, incredible. There’s nothing more to reach or to say.” – Clara Woltering, goalkeeper Buducnost.

Woltering had already won the competition with Buducnost in her first season with the Montenegrin side, but the sheer dominance she exhibited between the goalposts made her look like unbeatable on that weekend in Budapest. Leaving a club that you love is always difficult, but the flawless season that Buducnost had, topped with winning the trophy, made it a little bit easier.

Play of the day

It was an action-packed final in Budapest, but the play of the day must go to Dragana Cvijic. The Serbian line player scored only three goals in the final, but tiptoed her way onto one in superb fashion, sending three defenders in the opposite way to score against Sandra Toft.

After winning their second title in four years, Buducnost made it to the EHF FINAL4 again in the next two seasons, yet failed to progress to the final.

The Montenegrin side entered a rebuilding phase, ushering new local talent into the squad in the next seasons. But the price was steep, with Buducnost failing to earn a berth for Budapest for two consecutive years.

On the other side, Larvik failed to progress to Budapest in the next seasons, as an embattled Norwegian side struggled to make things work. Their streak of 13 straight domestic championships ended in 2017, while the club faces various troubles and was relegated to the second division in 2019.

This was the first time under the new format of the competition that an undefeated team won the trophy. Györ also achieved this feature, in the 2018/19 season.