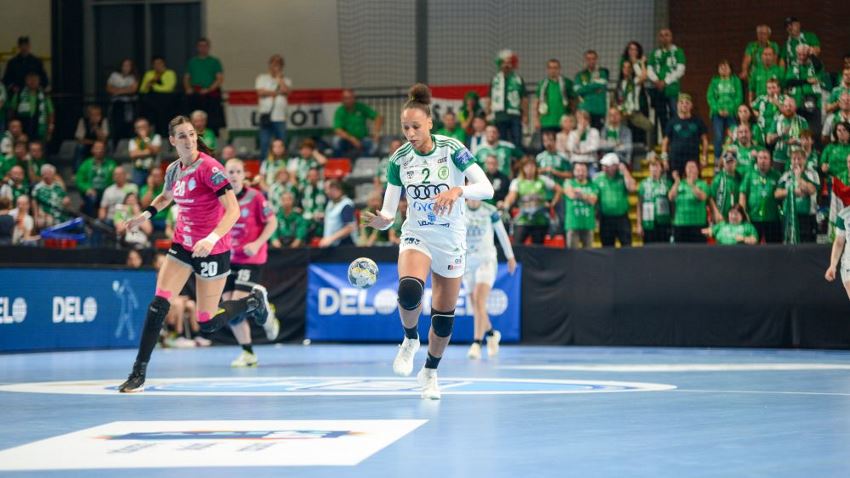 After a tight first half against RK Krim Mercator, Győri Audi ETO KC geared up in the second half and powered clear to record a 12-goal victory, 33:21 – their third win from as many matches in group D.

Győr goalkeeper Eva Kiss was yet again sensational, while Eduarda Amorim and Estelle Nze Minko led in offence for the defending champions. Krim seemingly got tired in the second half, when Győr were able to increase their lead.

On their way to a third successive win in group D, Eduarda Amorim and Eva Kiss lit up the court for the title-holders. Later on, Anne Mette Hansen joined in the party for the guests.

However, Krim’s defence worked reasonably well in the first half, as Győr scored only 10 goals after 20 minutes, but the Hungarian record champions conceded just nine goals after 30 minutes, leading 13:9. While goalkeeper Éva Kiss showed why she is one of the best goalkeepers in the world, it was not plain sailing for Győr and her teammates committed more technical faults than usual.

17-year-old Valentina Klemencic and the centre back Nina Zulic kept up with the tempo set by the Győr players. However, a lot of turnovers from the Slovenian powerhouse allowed Gyor to increase their lead to eight in the 43rd minute. 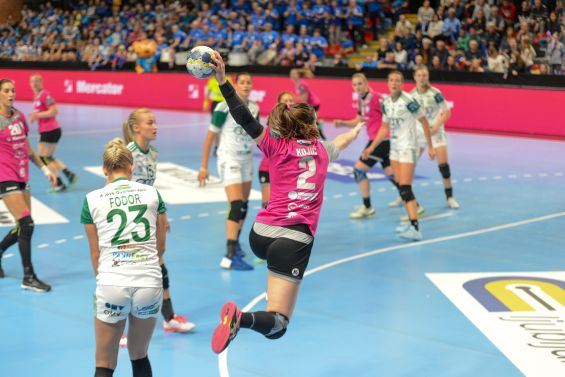 As time passed and Krim could not come any closer, Katarina Bulatovic and Amanda Kurtovic both netted for the first time.

The biggest difference between the two teams, ultimately, was in attack efficiency: Gabor Danyi’s squad finished with 62% while Krim ended with 38%.

Győri Audi ETO KC lead the quartet of teams in group D with six points, and RK Krim Mercator remain on two points after round 3.