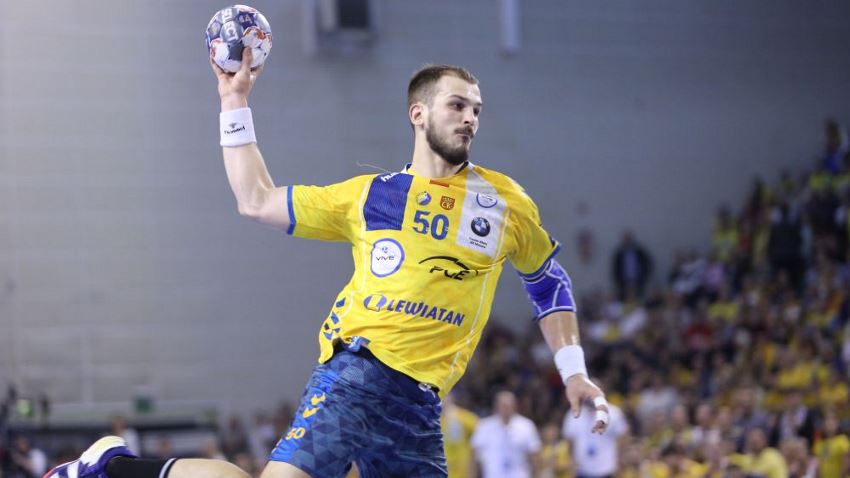 In the VELUX EHF Champions League Match of the Week of round 8, there was no question about the winner in a crunch game in group B, as PGE VIVE Kielce started strongly and never looked back against HC Vardar, 35:25

In the space of a week, Telekom Veszprém HC took their second commanding win over HC Meshkov Brest, as they reaffirmed their attacking prowess, 31:25.

The battle for second place in the group and the right to challenge Kiel for the top spot was still very much on –- and the Match of the Week for round 8 featured a tough test for both Kielce and Vardar.

The two sides drew last week in Skopje, 28:28, but Kielce seemed to learn more about their opponents from that encounter.

Diminutive playmaker Stas Skube was again top notch for Vardar, scoring four times in the first half, but an energetic display from Kielce, who were firing on all cylinders, had the Polish side firmly in control for the first half, which they ended with a 17:14 lead.

Karacic – who led Kielce's scorers with six goals in the match – continued his impressive performance in the second half, with the Polish side jumping to a commanding 25:19 lead with 18 minutes left to go.

It was both a triumph of the attack and the defence for Kielce, as goalkeeper Andreas Wolff, the Player of the Match of the Week, had a 35 per cent save efficiency to lift the Polish side to a superb 35:25 win – their clearest of the season.

Kielce line player Romaric Guillo observed that it was a "big game and a good game" for his team. "We had a good defence and attack, and the two goalkeepers were perfect," he said.

Noting Vardar's injury situation, Kielce coach Talant Dujshebaev was gracious in victory. He said: "We all know how difficult (the) personnel situation (that) they have right now is – injured players and some coming back after injuries. Huge respect for how you are doing right now."

Vardar's coach Eduard Koksharov said that "Kielce deserved the win." He added: "We were few goals behind for the whole game. Our goal still is to be among the first three teams of the group, but it will be a long way."

One week ago in round 7, Veszprém duly dominated against Meshkov Brest, taking a commanding 37:30 win as they once again showed how much offensive muscle they possess this season.

Brest had only one away win in their past 15 games, but they were in an almost must-win situation after taking only two points from 14 available this season.

The Hungarian side picked up where they left off last week, taking an early 4:2 lead, but the deadlock was still not broken after 17 minutes. With every statistical category tied between the two sides, the scoreline was 8:8. 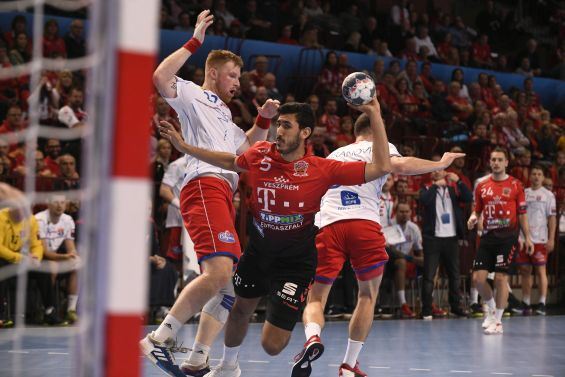 But Veszprém’s superb back line did the job and scored goal after goal, with Vuko Borozan, Rasmus Lauge Schmidt and Petar Nenadic clicking perfectly, yet Brest still stood their ground and the match was deadlocked at the break, 14:14.

On the back of a 5:1 run to start the second half, Veszprém built upon their second win in a row. Former Veszprem player William Accambray was superb for Brest in his homecoming, yet he could not prevent the loss.

Veszprém took a 31:25 win and climbed provisionally to second place in the group, with ten points, three behind Kiel. Brest, however, are further away from another Last 16 berth, six points behind Porto.

"I am very happy about our game. Just like Brest, we were focusing on the defence and it was working very well today. In the second half, we had more players to choose from and the changes worked very well, so I think this was the difference and the key to the win today," said Veszprém head coach David Davis.

"We did not play bad, we were good in the first half, but we could not keep this level for 60 minutes. Playing like this, it is impossible to beat a team like Veszprém," said Meshkov Brest left back William Accambray.