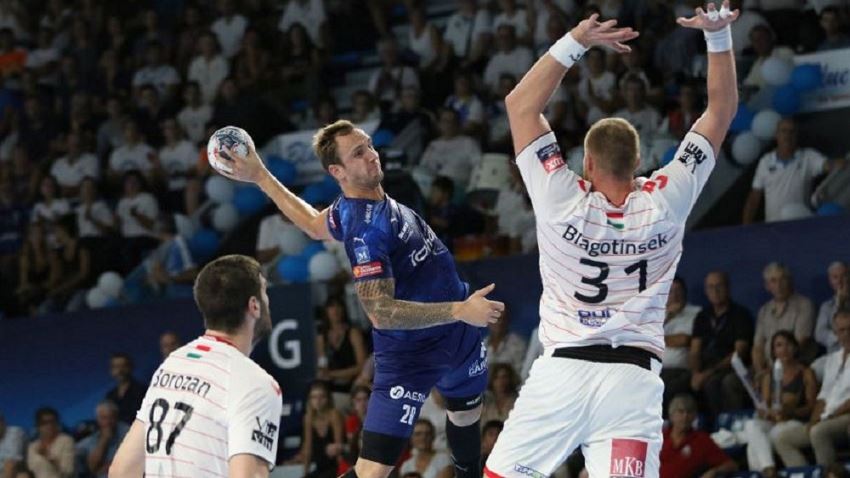 It is undeniable now that something is wrong with Veszprem, as the Hungarian side lost their second game in a row, 23:18 against Montpellier, despite being favoured for the title before the start of the season.

The Hungarian powerhouse had a night to forget in France, with their attack failing to top a 41 per cent efficiency, while the defence could not stop Melvyn Richardson, who scored a game-high eight goals for Montpellier.

Fresh after an agonising defeat at the hands of Kiel last week, Veszprem were vying to come back to the winning ways against another hungry team.

Yet the offensive struggles that the Hungarian side experimented in the previous game were there to be seen once again, as Veszprem had a dismal effort in the first half, with a meagre 42  per cent attacking efficiency.

Therefore, it was no surprise that after a lively 3:2 start, David Davis’ side continued to slide to 11:10 at the break.

There was not a flawless display from Montpellier, who did not rely on the usual suspects, rather on backs Julien Bos and Gilberto Duarte, with the French back line combining for eight goals in the first half.

But Veszprem ended the first part with a 4:1 run that set them up for a comeback in the second half.

However, Montpellier stood still and never lost a step in their attempt to protect their home court.

There were only five goals from Veszprem in the first 20 minutes of the second half, as their free-flowing attack grounded to a halt and made way to another flurry of mistakes, which Montpellier duly punished.

As Melvyn Richardson stepped up to the plate, scoring eight times, Montpellier were leading 19:15 with ten minutes to go. Indeed, Veszprem failed to save at least a point from this tie, losing 23:18, with their third lowest number of goals ever scored in an European top competition game.

Montpellier earned their second win in a row and are third in the group, while Veszprem went down to sixth, with only two points.