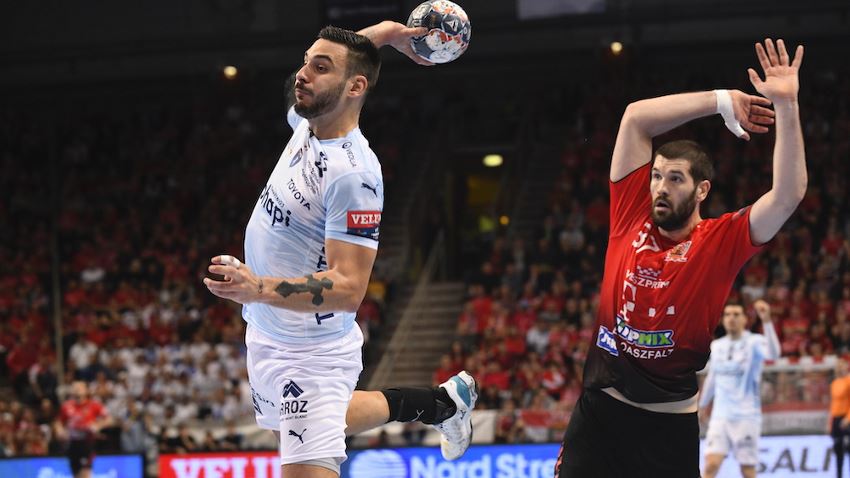 As the EHF Champions League season edges towards the business end, key performances are more important than ever. Entire seasons can be made or broken in just one game, and individual contributions can tilt the balance for any team.

In all EHF competitions, there have been several players who played superb games in February, but two stood out.

Back after a difficult spell on the sidelines due to a devastating injury, Romanian left back Cristina Neagu took the plaudits, dominating the votes from the panel of correspondents throughout Europe to claim her third EHF Player of the Month award.

Meanwhile, Montpellier’s left wing Hugo Descat had his best month ever in the VELUX EHF Champions League, climbing to first place on the top scorer ranking in the premium European competition, with 75 goals in 14 games.

There are not many things that can deter Neagu from achieving her objectives and the 31-year-old left back has been back in business for CSM Bucuresti.

The Romanian side won three out of three DELO WOMEN’S EHF Champions League games they played in February, and their key contributor was Neagu.

Neagu scored 36 goals over the three matches, including two personal best outings of 14 goals, against Metz Handball and Vipers Kristiansand, leading CSM to secure their fifth consecutive quarter-final berth in the competition.

“It is the third time I receive this award and I am honoured once again. February started as a good month for us, but my performances would not have been as good if it were not for the team,” says Neagu. 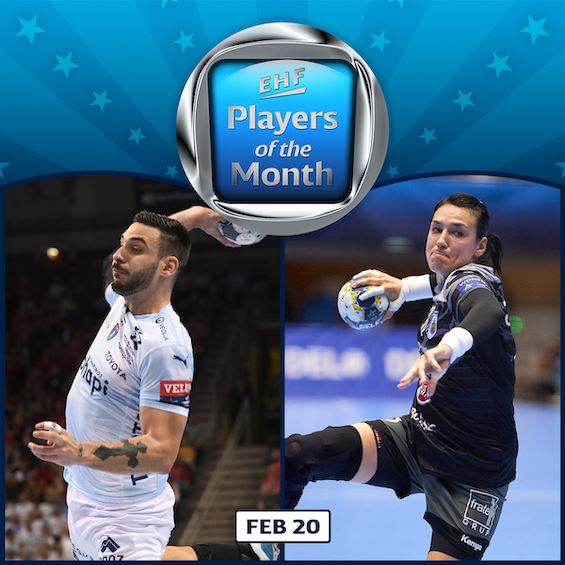 With 62 goals scored overall this season, Neagu is now fifth in the top goal scorer standings, despite not playing the first four games due to injury rehabilitation.

“We played some good games and now we will focus on the rest of the season, because the most important part is coming up, both in the Champions League and the Romanian League. I am happy I am back at my best after a tough injury, and will try to play better and better this season,” adds the CSM left back.

Individual awards help shape Neagu’s identity as one of the top, if not the best player in the world, yet CSM’s captain is focused on silverware.

“We have a difficult game against Vipers on Saturday. We want to win it and start to prepare for the quarter-final. Despite an up-and-down season, we are still eyeing a DELO WOMEN’S EHF FINAL4 spot and we will fight for it until the very end,” concludes Neagu, who was previously named the EHF Player of the Month in April 2017 and November 2018. She is behind only Russian right back Anna Vyakhireva, who won the award five times.

On the men’s side, there was only one player in February: Hugo Descat. The Montpellier left wing broke the 10-goal barrier once, against Meshkov Brest, and was also key for his team winning three of the last four group phase games.

With his 75 goals so far, Descat also grabbed the top scorer of the group phase accolade.

“I am very pleased, of course. It shows that the work has been paying off, but I owe this award to my teammates. Sure, I have to throw the ball in the net, but it’s easier when you are in good conditions,” says Descat.

The 27-year-old does not want this award to be an end though – rather, the beginning of something even bigger, as the Last 16 awaits at the end of the month.

“We will now turn to the games against Flensburg. We want to progress even further in the competition, to qualify for the quarter-finals at least. And in order to do so, the individual performances will be secondary,” concludes Descat.