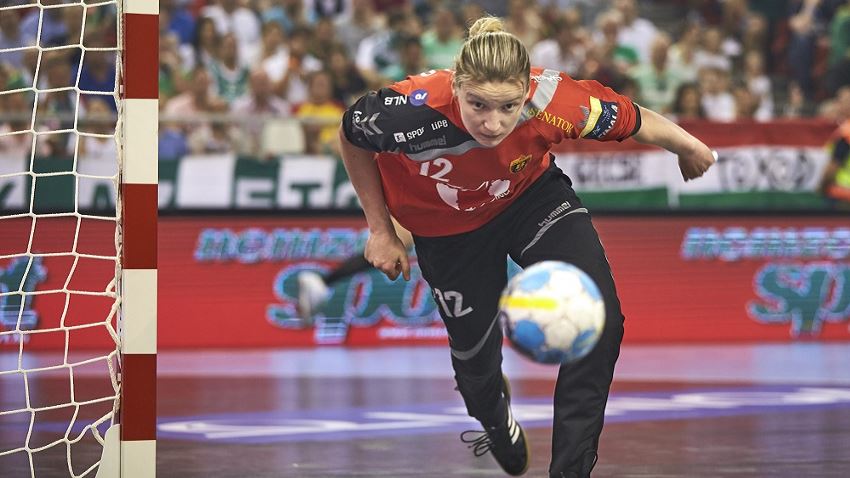 Leynaud: “Györ is everything I expected it to be”

After five years spent with HC Vardar, French goalkeeper Amandine Leynaud moved to Hungarian powerhouse Györi Audi ETO KC this summer. The 32-year-old has an interesting story with her new club, since it was Györ who snatched the Champions League trophy right out from under her nose at the end of the last two seasons. Now that she’s on the other side, she hopes she can finally tick one of the last boxes on the list.

ehfcl.com: How is your adaptation to Györ going?

Amandine Leynaud: Really well! For now, we have started the Hungarian championship and we’ve won all our games, so that’s a great start. We’re really looking forward to starting the Champions League. In everyday life, everything’s fine too. Györ is a small city, but a nice one. I’m trying to learn Hungarian at the moment, but it seems like it’s the most complicated language in the world!

ehfcl.com: Did you regret having to leave Vardar at the end of last season?

Amandine Leynaud: I didn’t regret it – saying that would be lacking respect to Györ. But for sure, I get a lot of emotions every time I speak about Vardar. I spent five years there and I’m someone who gets attached to people. Loyalty is a word I value when it comes to handball and I miss the girls I was with in Skopje. But, handball-wise, I’ve got everything I want in Györ, and I’m as committed as possible to my new adventure.

ehfcl.com: Does it feel that Györ is another level compared to what Vardar was?

Amandine Leynaud: No. If you look at the last two Champions League finals, Vardar lost them both by one goal after extra time, so the difference was down to details – one pass, one shot, a little bit of luck. I really wanted to carry on playing top-level handball, and by joining Györ, I’m giving myself the opportunity to do so. It’s a real honour when such a club calls you for several years, and I’m very happy I made the choice to move there.

ehfcl.com: Has winning the Champions League become some kind of obsession?

Amandine Leynaud: Well, I don’t dream about it every night, but not having won it in my career, it feels like one of the boxes on the list is not ticked yet. When you are so close to winning, just as we were in the last two seasons, it gets frustrating. I’ve got many medals, just not the colour that I want yet. Winning the Champions League, it’s like the World Championship or the Olympics – these are the kind of goals you wake up for everything morning.

ehfcl.com: Have you recovered from the scenario of last season’s final, which was so close it was decided only in the last seconds?

Amandine Leynaud: That was horrible…I try not to think about it too much. Last time I did was when I saw that picture of Györ lifting the trophy in the arena I now play in. You can’t help but think that it could have been me. But now is a new season and I know that, with this Györ team, I’ve got everything I need to finally fulfil this dream.

ehfcl.com: And what about the FINAL4 MVP title?

Amandine Leynaud: Well, I would have traded my MVP award for the Champions League trophy any time…

ehfcl.com: Looking from the outside, it seems like Györ are a real powerhouse. Almost unshakable but really professional at the same time. Does it feel the same when you’re a part of the team ?

Amandine Leynaud: Györ is everything I expected it to be, and even more. In terms of organisation, it’s top-level. Everything is designed so your performance as a player can be as good as possible. You don’t have to think about anything but handball. You can feel that the club’s got a lot of experience, that all these years at the top of European handball have helped build the club.

ehfcl.com: Does it feel like the pressure for results is higher than it is elsewhere?

Amandine Leynaud: If I was younger, I probably would have answered yes, because in Györ, the fans and everybody around the club expect you to win everything. You’re Györ, you have to win. But now, it’s just part of the job. You don’t join Györ if you don’t want any expectations on your shoulders. I want to win every game I play, I want to win the Champions League and the national league with this club, so it’s in the deal. If the pressure was a negative thing, I’d be better off signing with some French club in the countryside!

ehfcl.com: Three goalkeepers at the same time this season. How are you going to handle it?

Amandine Leynaud: Actually, that’s also one of the reasons I came. With the Hungarian league being very strong, you have two very tough games a week, with the Champions League on the weekend. And since I’m starting to get older, I don’t feel the need to play 60 minutes every game anymore. To me, it’s kind of a comfort. Everybody wants to play every game, for sure, but the season’s long and tough so it’s nice to know that you’ll also be able to rest as well.

ehfcl.com: Do you already know how things are going to be decided, as to who plays when?

Amandine Leynaud: Actually no, since one of us three has been injured for every game we’ve played this season. See, that’s why having three goalkeepers is important!

ehfcl.com: Does it feel like this season will be special to you, with the EHF EURO in France coming up in December?

Amandine Leynaud: Saying no would be lying. I played the World Championship 2007 at home with France and that was a special moment in my career. It’s a nice feeling, playing this kind of competition in front of your fans. You always want to win a medal, even more at home. But to me, it’s not about pressure, but more about fun. But then, I try not to think about it too much at the moment. There are a lot of things coming up before November, and I don’t want to miss any of them with my new club.1 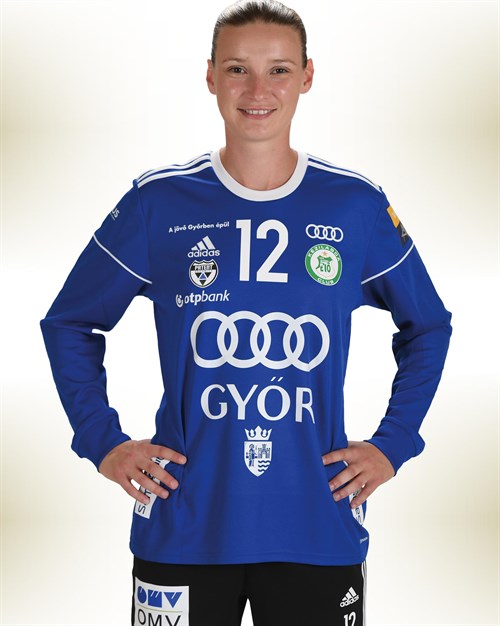