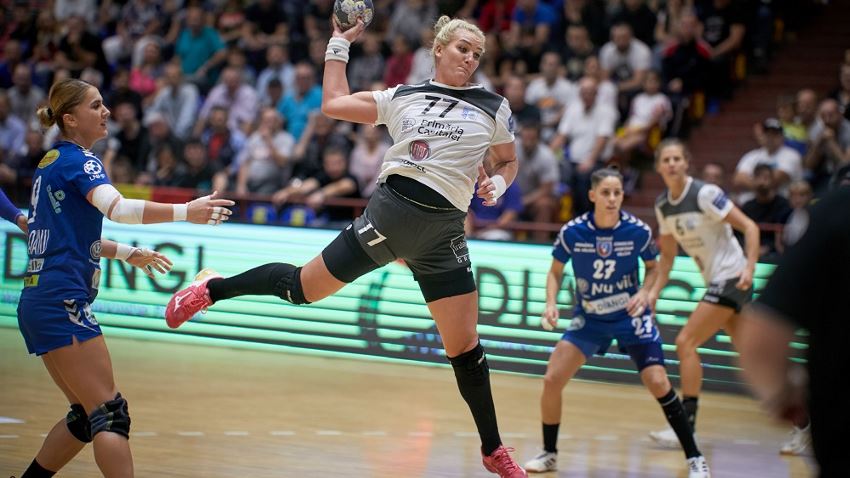 Pintea: “I want to repay the CSM fans with wins and a great season”

Four years ago, Crina Pintea was starting her first full season in the European premium competition with Thüringer HC and becoming a DELO WOMEN’S EHF Champions League winner was the last thing on her mind.

Fast-forward to 2019 and the line player made the All-Star team at both the EHF EURO 2018 and in the last season of the DELO WOMEN’S EHF Champions League, which she won with Györ.

After four years abroad, playing in three different countries, Pintea is now back in Romania to ply her trade for powerhouse CSM Bucuresti. It might be a new team but CSM have the same ambitions as their Champions League rivals, and Pintea will be critical to their defence.

Only few things can faze Pintea, and if there is something that she has learned over the past years it is that nothing is impossible if you want it hard enough.

The first real test for CSM will come on Friday, when the Romanian powerhouse host last year’s finalists, Rostov-Don at 19:30 CET (live on ehfTV.com). The match will see former Romanian national team coach, Ambros Martin, face several of his former players, after leaving in the summer to take over the Russian women’s national team. 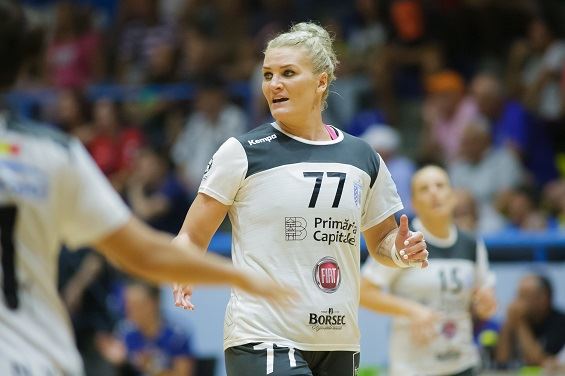 ehfCL.com: You are back in Romania after four years. How does it feel to play in front of Romanian fans?

Crina Pintea: It was a long time coming and I am very glad to be back in Romania, to play for CSM Bucuresti. I know how passionate the fans are throughout the country and I really want to repay them with wins and a great season. Of course, from the start, things have not been very good to us. Despite winning the Romanian Super Cup, we have a lot of injuries and it surely hampers our potential, but we are all ready to give everything to make this work.

ehfCL.com: You will make your home debut for CSM against Rostov-Don. Is this a special match for you, are you experiencing butterflies in your stomach?

Crina Pintea: Well, I’d be lying if I told you that I was shaking with emotions before this game, but I do feel tense, like I do before any game I play. I think it is normal, but the minute I step on the court, that feeling is gone and I only focus on winning. This is my mindset before any game and I want to do this also before Rostov.

ehfCL.com: Yet this is a special match, you will meet Ambros Martin, the former Romanian national team coach, who resigned this summer. What did you feel after his decision?

Crina Pintea: Well, I was surprised, I must say, because we spent three years together in the Romanian national team. It was not a pleasant moment for me, personally. I do not hold any grudge against him, it was his decision and I respect it. But it was sad to see him leave, because he is a great motivator and always spoke to us about playing in the Olympic Games. We were talking constantly about a medal, about the dream of being there, so it took all of us by surprise. When the news broke, I thought it was a joke, but every man makes his own destiny. There may be players who will hold grudges, but I am not one of them.

ehfCL.com: How tough will the game against Rostov be? You played against them in last year’s DELO WOMEN’S EHF FINAL 4 and beat them in the final.

Crina Pintea: Well, it is going to be a very difficult game. We were talking in the last few days and I know Ambros very well, he motivates his players very well, he knows how to cook up a game plan and stop his opponents. On our side, we’ve done everything we can and come up with some ideas - let’s see if we can stop them.

ehfCL.com: Are Rostov the favourites for this game, despite you playing at home?

Crina Pintea: I would not say that they are favourites, I do not think we are favourites, I think it is a 50:50 game, where anything can happen. Hopefully, we will be on our best day and make it two out of two after winning against Esbjerg in the last round. We were a team in that game, I was very happy with how we played and we must leave every ounce of energy on the court. 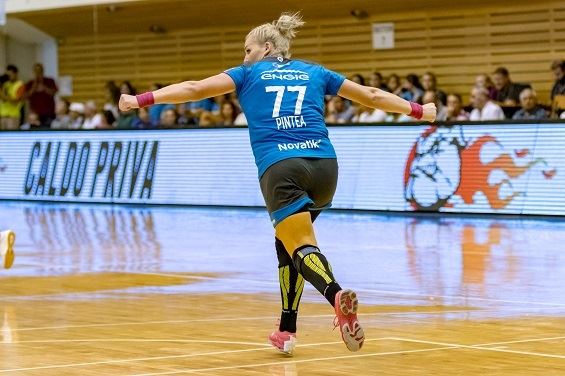 ehfCL.com: Talking about the game in Esbjerg, you nearly missed it, what happened?

Crina Pintea: I had a really bad virus. I went down with a cold after playing for the Romanian national team and did not feel well. I went into training, trained hard like I always do and on Wednesday, three days before the game, I could not move, I was feeling under the weather. Fortunately, my body reacted well to the treatment and I managed to play and help the team achieve this result. It was a great feeling.

ehfCL.com: It is looking like it could be another difficult season for CSM, you are dealing once again with a fair share of injuries.

Crina Pintea: There is no secret we lost our domestic league game against SCM Ramnicu Valcea and another one against HC Zalau, but we all gave it our best there. We talked together and, basically, there were not enough of us to compete. Losing Nora Mørk was a huge blow, while Cristina Neagu is still not at 100 per cent. Likewise, many of the players are still hampered by minor injuries which cannot be seen on the court, therefore it is very difficult to put on a happy face and go to battle with good teams. We hope to be back to our best and play our best handball.

ehfCL.com: CSM are renowned for their habit of changing coaches mid-season, this also happened this season, when Tomas Ryde stepped down and was replaced by former assistant Adrian Vasile. How did you feel when you learnt about it?

Crina Pintea: I had a great relationship with Tomas, I understood why he had to step down, he had some personal issues and we were fine with that. Adi Vasile is also a professional, he knows this team very well, we have a great relationship and I hope we will improve on a weekly basis to achieve our objectives.

ehfCL.com: Is returning to the DELO WOMEN’S EHF FINAL4 possible?

Crina Pintea: If we are healthy, if we give our all and play with our whole heart, then yes, it is definitely possible. Yet there are still a lot of games to be played, and anything can happen, therefore I cannot say precisely right now what will be going on. There are still a lot of intangibles left in play, so I only want to say that it would be great to be back in Budapest and fight for the trophy. We know we can do it.