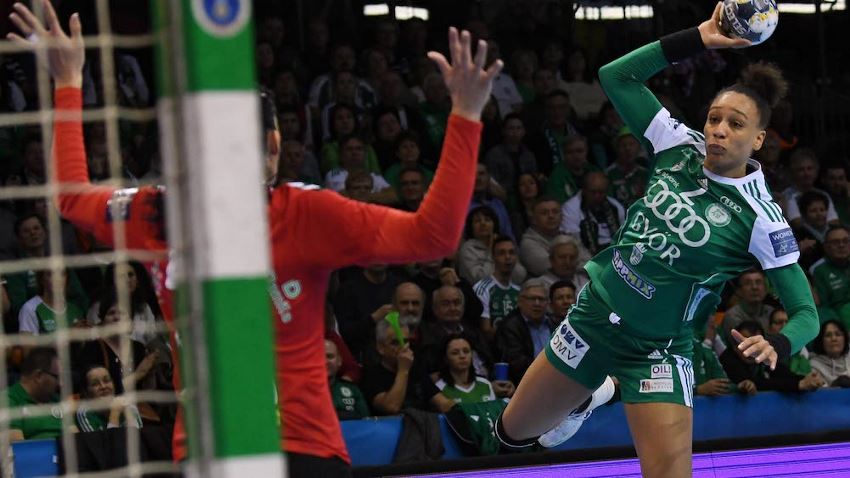 Györ finish main round on a high; Krim celebrate milestone with victory

Despite Valcea starting the match on a high, the title holders extended their unbeaten streak in the DELO WOMEN’S EHF Champions League to 37 games with their 35:29 win.

RK Krim Mercator became only the second side to reach 250 games played in the DELO WOMEN’S EHF Champions League, celebrating the milestone with a 29:23 win against Buducnost.

Valcea looked sharper in the first minutes of the game, jumping to a 5:3 lead, but it could have been much worse for Györ if not for Amandine Leynaud’s five saves in the first 10 minutes.

As the Hungarian champions settled into rhythm, Norwegian playmaker Stine Oftedal scored four times to ignite a 4:0 run that turned the game on its head.

That was the point of no return for Valcea, as the home side’s offensive juggernaut got into stride. Thevisitors saw Györ open a 14:9 gap against them, with Oftedal and left back Eduarda Amorim combining for nine goals in the first half.

Györ’s superb 66 per cent efficiency shooting efficiency was dented only by Valcea goalkeeper Yuliya Dumanska, whose saves limited the damage.

Yet as coach Gabor Danyi changed the line-up, Györ was still undeterred, building a seven-goal lead, 24:17, with 20 minutes to go.

Despite an eight-minute stint without scoring a goal between the 43rd and 51st minute, Györ still held all the cards and the gap did not drop lower than three goals, 27:24.

Ultimately, Györ secured their 11th win of the season, 35:29, and won the group with 19 points – the best performance in a main round group since Rostov also hit that mark in the 2015/16 season.

It was Krim’s 250th game in the DELO WOMEN’S EHF Champions League and the Slovenian side wanted to celebrate by securing their first home win this season.

The Slovenian side failed to win a game at home in the entire season just once before, in 2015/16, but they had played only three games in Ljubljana, compared to the six they did this time.

Despite having already secured third place in the group, Buducnost displayed the same passion and grit, with 16-year-old wing Nadja Kadovic – the youngest player to take the court in the premium European competition this season – converting her first two shots of the game.

Although the top goal scorer of the Champions League, Buducnost right wing Jovanka Radicevic, started adding to her tally, a 4:1 run for Krim helped the Slovenian side reclaim the lead, 10:9. And they never looked back.

With Slovenian backs Nina Zulic and Alja Varagic combining for eight goals in the first half, Krim had a 14:13 lead at the break and started to hope.

Zulic scored Krim’s first three goals in the second half, as the Slovenian side edged away, 21:17. Soon, it was game over from Buducnost, as Zulic was unstoppable, scoring 10 times – a personal record in one match in the premium European competition.

The Slovenian side finished fifth in the group, with five points, while Buducnost are third and will have to wait until Sunday to learn their opponents in the quarter-final phase.