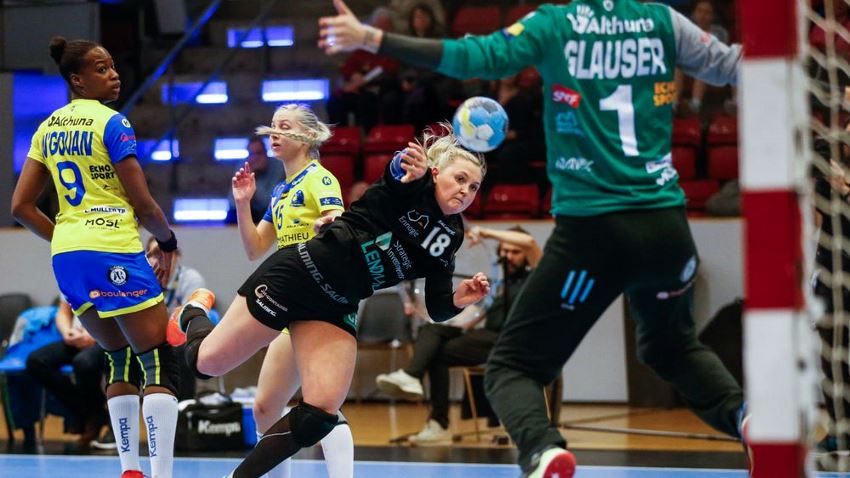 Metz had won all five previous games in the main round and secured the first place in Group 1, but were defeated by Kobenhavn in their last group match, 36:33, while fellow French side Brest finally picked up a main round point in a draw with Buducnost.

Prior to the match, Metz had secured the first place in the group, while Kobenhavn had lost their chance for a quarter-final spot. However, both sides had some motivation – the French champions wanted to maintain their perfect record in the main round, while their Danish rivals were determined to leave the tournament on a positive note.

It was a really close battle in the first half, with the teams exchanging goals most of the time. However, Metz soon improved and a three-goal run gave them an advantage which led to a 17:15 advantage at the break.

However, Kobenhavn stole the initiative afterwards. Thanks to good defence, Amalkie Milling’s saves and attacking fire power, they pulled 23:20 in front by the 40th minute and did not look back.

Metz, who are renowned for their solid defence, did not look like themselves in conceding 36 goals, just one goal shy of the team’s record, set in 2008 and repeated in 2009.

The score was actually 36:30 three minutes from the buzzer, but Metz’s three goals in the remaining time slightly sweetened a bitter pill.

Certain to finish third in Group 1, Buducnost once again played without Milena Raicevic and Djurdjina Jaukovic.

In the absence of the injured attacking duo, the home side heavily relied on the experienced Katarina Bulatovic. She scored five goals before the break, but at 13:13 in the last seconds missed a shot which could have pulled the away side in front.

Nothing could have lifted Brest from the bottom position, yet the French team deserve credit for fighting hard in their final match. At some points, it looked like Buducnost were pulling clear, but the hosts caught up time after time.

A minute from the buzzer, the Montenegrin team were in a 22:21 lead, but then Ana Gros scored her seventh goal of the match to draw level.