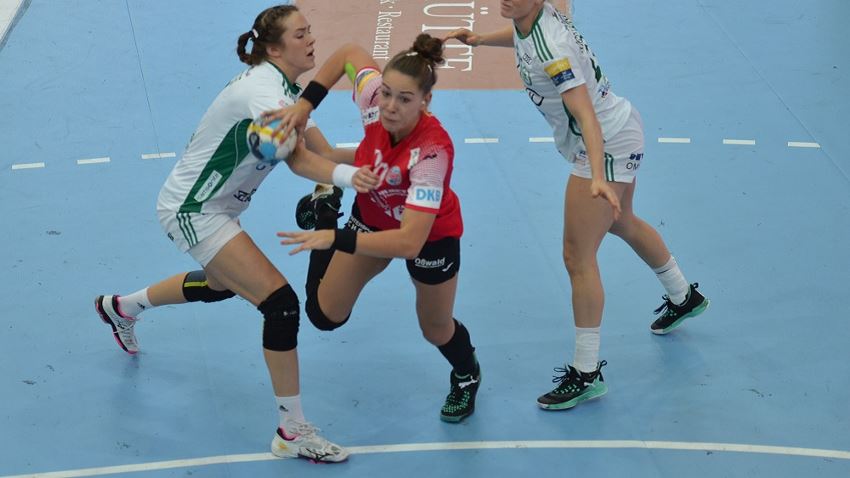 Crucial meetings for main round berths

In Women’s EHF Champions League Group C, Thüringer HC and Podravka Vegeta still have the chance to reach the main round – and the outcome will be decided in the sixth and last round this weekend. Group D however, is clear. The only question left is how many points the teams will take to the next phase.

• In the first game between these sides, Krim pulled off a huge comeback to win 27:20 after THC were ahead by two goals at half-time
• Thüringer HC need to win and Podravka must lose in order for the German side to reach the main round
• Krim cannot let the German champions claim the two point at home as the Slovenian team need to take as many points as possible to the next phase
• Both teams warmed up for the final group phase clash with a win in their domestic leagues

• The clubs’ first rendezvous was a rollercoaster until the last minutes, when Kari Grimsbø came in and Györ decided the match thanks to Eduarda Amorim’s goals
• As this game will start after THC vs Krim is finished, the Croatian squad will know the result they need
• If Herbert Müller’s team win, Podravka has no other chance to progress than a win in Hungary. If Thüringer HC lose, Podravka are through to the main round
• The title holders have collected all the point possible so far and can finish 2018 with a win. Their next bout will be against FTC in the domestic league in January

• The first game between the sides almost ended in a stalemate, but Aniko Kovacsics stole the ball with five seconds to spare and scored the winning goal for FTC, 27:26
• Both teams are through to the next phase, with the final game in the group deciding how many points they will take in the main round
• Boasting only their win against Vipers, FTC have two points ready to carry to the next phase, while Kristiansand are also on two points in this tally, after the away win against CSM
• The Hungarian side have the second least effective defensive record in the competition, with 151 goals allowed, or 30.2 per game

• CSM have already booked a main round spot, while Bietigheim are out after a three-game losing streak
• The Romanian side will take six points into the next phase, after winning twice against FTC and once against Vipers
• Bietigheim failed to progress to the main round after managing the feat last season
• These sides met in Germany in Round 2, when the hosts shocked CSM and took a 30:28 win