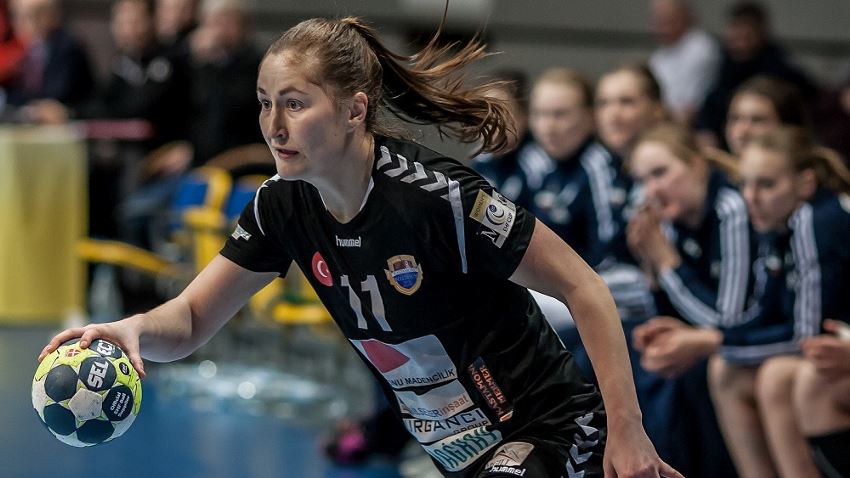 The final part of the six-part series focuses on south-east Europe, including Greece, Cyprus, Turkey, Georgia, Israel, Azerbaijan and Armenia.

OFN Ionias celebrated their fifth straight trophy after beating A.C. Paok three games to one in the possible five-match finals series. Ionias allowed Paok one victory, 28:27, before they recorded three consecutive wins to decide the title. It was a closely fought series throughout, with two of Ionias’ wins also by a margin of just one goal – 23:22 in the second match, then 28:27 in the third. In the fourth, deciding clash, Ionia took a clear 22:14 victory.

Ionia goalkeeper Magda Kepesidou was overwhelmingly voted MVP of the competition, following a save rate of over 50 per cent with 80 saves in the four final matches. It is the third year in a row that Kepesidou received the MVP award. In total, it is the 10th domestic trophy for Ionias, who also claimed the Cup title in 2017/18 – just like last season. They recorded 14 victories in 16 games this season.

After coming close to winning the domestic title, always ranking second in recent seasons, E.N. Athienou broke the dry spell and celebrated the 2017/18 trophy. Athienou left no doubt that they deserved the title, accumulating 29 points in 16 matches. AS Latsia, who won the domestic championship three years in a row, from 2015 to 2017, ranked second with 27 points. Though they were disappointed in the championship, Latsia claimed the Cypriot Cup after beating Aradippou 26:12 in the final.


TURKEY
Muratpasa return to the throne with young team

Muratpasa Belediyesi SK have been crowned champions of the Turkish Women’s Super League for the fourth time. They previously won the title three times in row between 2011 and 2014. Muratpasa finished the competition eight points clear of Kastamonu Belediyesi GSK, who made the headlines internationally by reaching the EHF Cup Semi-final. With only three foreign players, Muratpasa have been relying heavily this season on several young Turkish players on their team. The club from Antalya even plan to compete with a Turkish-only roster in the near future. One of the key players was Yeliz Özel, the most decorated player in Turkish women’s handball. On Mother’s Day, team captain Sevilay Imamoglu, who is a mother, lifted the trophy with a big smile and her beloved one right by her side.

A decade long, the Israeli women’s league was dominated by Hertzeliya. Their reign, however, ended this season as Maccabi Arazim Ramat Gan lifted the trophy, for their first title since the 1980s. Led by coach Niv Vaintrob, Arazim bagged both national titles: the league and the cup. And on each occasion, Hertzeliya were their opponents in the final matches - just like last year, when Hertzeliya celebrated twice.

Since the women’s league in Georgia resumed in 2015/16 after a 10-year break, the title has gone to three different teams. After Pegasi in 2016 and Kvareli in 2017, this time the honours were Karishkhala’s. After the round-robin competition, Karishkhala were level with Mamuli on 25 points but they took the title thanks to the head-to-head results. Poti were third with 18 points, while the previous champions, Kvareli and Pegasi, finished bottom of the table in seventh and eighth position, respectively.

Compared to the previous season, the number of the clubs participating in the Azerbaijan league has increased from four to six. The competition ended late April with Azersu earning the title with 31 points. They were three points clear of Azeryol (28), while the defending champions from 2016/17, Nur, placed third with 27 points.