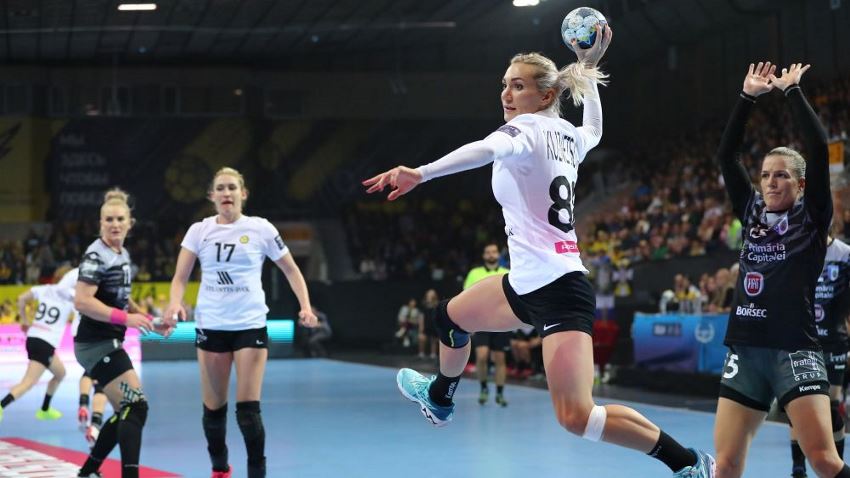 Rostov beat CSM to finish top of group B

Rostov-Don and CSM Bucuresti had been level on seven points before their clash in Russia in round 6 of the DELO WOMEN'S EHF Champions League, but the Russian champions took a narrow home win, 23:22, to finish first in group B at the end of the group matches.

Rostov-Don took the initiative from the opening minute and played an excellent first half. Thanks to rock-solid defence and a superb Anna Sedoykina in goal, the home side conceded only seven goals in 30 minutes.

During that period, Rostov’s shot efficiency was twice as high as CSM’s one – 82 versus 41 per cent. To make things worse for the Romanian side, Laura Moisa received a direct red card for a foul on Anna Sen.

Between the 21st and 30th minute, CSM were unable to find the net at all, and Rostov moved the score from 9:6 to 14:6 before Cristina Neagu finally broke the deadlock just before the half-time buzzer.

Neagu found her rhythm in the second half, scoring six of her eight goals in the match. CSM improved their game in attack and started to catch up, but Sedoykina still did a good job as she stopped two Neagu’s penalty shots.

Five minutes from the buzzer, Rostov comfortably led 23:17, but CSM made them nervous late in the game by scoring five goals in a row and cutting the deficit to 23:22.

Yet the visitors did not have time to do more, and Rostov’s players sighed with relief as they clinched a narrow victory.

Rostov-Don head coach Ambros Martin was pleased that his team earned two important points heading into the main round.

He said: "We are satisfied with our game (especially in the first half) and with two points. We played against one of the best teams in Europe. We are happy because we go to the main round with five points."

CSM Bucuresti line player Crina Pintea praised her team's resilience. She said: "We did not give up till the end. We had bad moments, but we improved and were close to success."