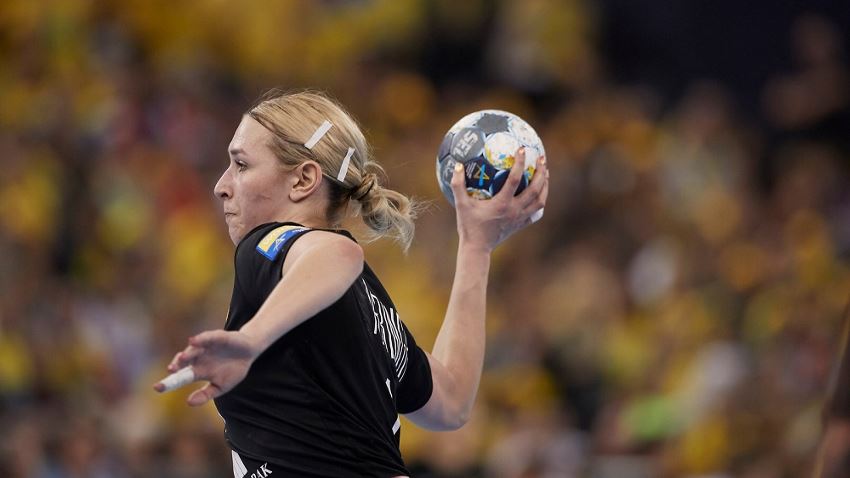 “Feels like coming home”: Rostov back Abbingh to join Odense

Even with the DELO WOMEN’S EHF Champions League still in its 10-week winter break, Lois Abbingh is enjoying exciting times.

Last month, Rostov-Don’s left back won gold with Netherlands and became the top scorer at the Women’s IHF World Championship 2019 in Japan. And on Thursday, Danish side Odense Handbold announced they have signed Abbingh for next season on a three-year contract.

“It feels like coming home,” Abbingh tells ehfCL.com in a phone interview. “It is only five hours in the car away from home. So I will get the chance to go to the Netherlands every now and then, but also friends and family can visit me. That is nearly impossible now.”

At Odense, Abbingh will be reunited with close friend and national team goalkeeper Tess Wester as well as with centre back Nycke Groot, who retired from the Dutch national team a year ago.

Abbingh and Wester have been teammates before, at VfL Oldenburg in Germany.

“It will be really great to have them around me, because it is more familiar and easier than going to a club in a different culture where you don’t know anyone yet,” Abbingh says about joining Wester and Groot in Denmark.

Odense are currently playing in the EHF Cup group phase, after they made it all the way to the Champions League quarter-final last season.

However, the club also announced that seven players will be leaving in the summer, including the likes of Stine Jørgensen, Kathrine Heindahl and Nathalie Hagman.

After leaving Netherlands in 2010 and playing in Germany, Romania and France, Abbingh moved to Rostov in the summer of 2018, becoming the first Dutch player in the Russian league.

While she fulfilled a dream by reaching the DELO WOMEN’S EHF FINAL4 in her first season with the club, she also learned the downside of playing in Russia.

The domestic league includes only a handful of teams that can truly challenge Rostov. And many away games require extensive travelling, with the team often arriving back in Rostov only in the middle of the night.

"I really want to be at the EHF FINAL4 again"

It has made her time in Russia “physically very demanding,” says Abbingh, who stresses that she does not regret anything.

“It was absolutely the right move to join Rostov if you want to play in the top of the Champions League,” says the Dutch back, who is eager to finish her time in Russia on a high.

“I really want to be at the EHF FINAL4 again, and the best thing would be to win it this time,” says Abbingh, referring to last season when Rostov fell just short in the final against Györi Audi ETO KC.

Abbingh believes her team can go the extra step in Budapest in May.

“If you see our team, it should be possible. There is so much quality in this team. So many girls have won bronze at the world championship,” she says, before adding with a smile: “And I won gold.”

Just a few weeks after the Dutch women’s team won the world title, the men’s national team will make its debut at the Men’s EHF EURO 2020 on Thursday.

And Abbingh will be closely following the achievements of ‘Oranje’ - especially in their preliminary group opener against Germany tonight.

She will watch the match on the team bus together with her German teammate at Rostov, Julia Behnke, when they will have a five-hour journey back home from a domestic league game at AGU-Adyif.

More excitement awaits Abbingh in the summer with the Olympic Games and her move to Odense.

“The Olympics are really a dream and I am happy that we have already qualified,” Abbingh says. “And it is nice to know that after the Olympics, you go to a club where you have familiar players around you.” 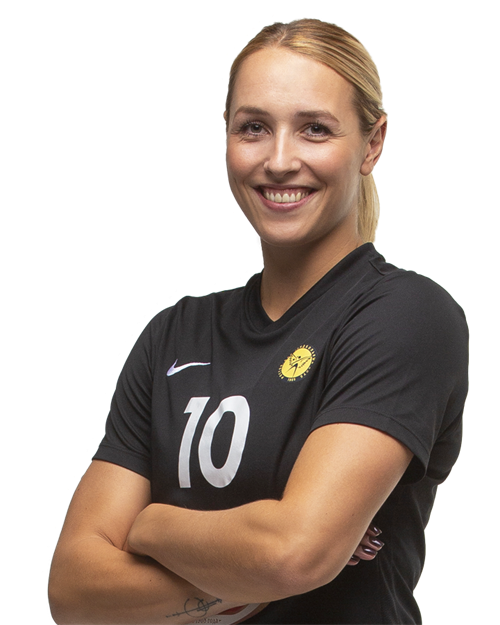