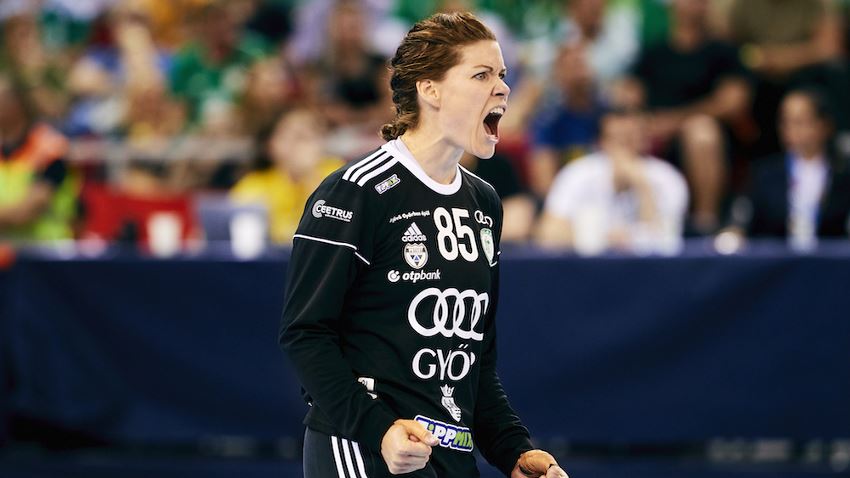 An amazing career has come to an end

“I am not sure exactly what my future looks like after this season,” Kari Aalvik Grimsbø told ehfCL.com in an interview earlier this spring.

The 35-year-old Norwegian goalkeeper has ended her career.

Ongoing knee problems in recent times have matured the decision from the experienced shot stopper, whose contract with Györi Audi ETO KC was expiring after this season.

The last impression is usually the strongest, and Grimsbø definitely left a strong last impression. Many will still recall her match-deciding save from Lois Abbingh in the dying seconds of the DELO WOMEN’S EHF Champions League final against Rostov-Don in the 2018/19 season.

That save was just one out of many great and crucial saves during Grimsbø’s long and impressive career, which contained plenty of triumphs at club level as well as in the Norway national team.

As things turned out, it also ended up being her last save.

She is now moving home to Trøndelag in her homeland to spend more time with her husband and son.

There will still be Norwegian representation in Györ’s goal in the future though, as current Norway international Silje Solberg is joining from Hungarian league rivals Siófok KC Hungary.

Grimsbø is leaving Györ and on-court handball with no regrets.

“It has been a handball adventure for me, and I am extremely grateful for all the good things I have experienced,” she told ehfCL.com recently.

As a kid, she practiced football, riding and the violin before settling on handball from the age of 13.

She developed at top Norwegian club Byåsen IL, where many great female players from Norway have started their career.

In 2010, at the age of 25, she made her first move abroad and joined Danish Team Esbjerg, whom she represented for the next four and a half years.

At the middle of the 2014/15 season, Györi Audi ETO KC bought her out of contract with Team Esbjerg, making both Grimsbø and Esbjerg an offer neither party could resist.

“It is a great chance for me, and when such an opportunity arises, it is hard to say no. It is a dream coming true,” she said when signing for Györ, with whom she won the Women’s EHF Champions League three times in a row, in 2017, 2018 and 2019.

With the Norway national team, her record of triumphs is even more impressive.

She won the EHF EURO with Norway no less than five times. In addition, two Olympic gold medals and two World Championship titles are the most impressive achievements among her many great results.

Not to be forgotten

Very few handball players really deserve to be characterised as legends – but Grimsbø is one of the few.

She will not soon be forgotten, in the international handball world, in Norway or in Györ.