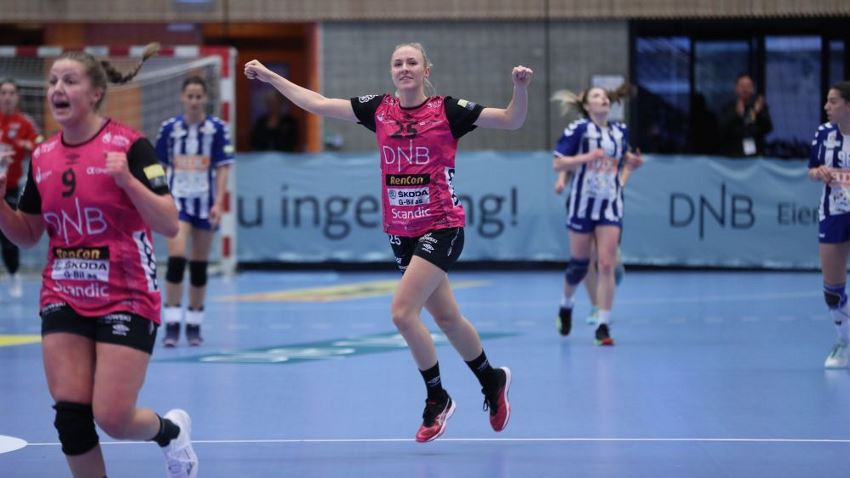 Holding a five-goal lead (24:19) after the first leg, Vipers' DELO WOMEN’S EHF FINAL 4 berth was seemingly never in any doubt, and the Norwegian champions sealed their place in Budapest with a comfortable seven-goal win in the second leg.

For the second season in a row, Buducnost failed to progress to the DELO WOMEN’S EHF FINAL 4, as the Montenegrin side lost both legs against Vipers Kristiansand.

The hosts played relaxed handball in the second leg, took the lead and never looked back, completing a 49:37 aggregate win. It is the first time that a Norwegian side is back at the business end of the Women's EHF Champions League since Larvik reached the last four in 2014/15.

There were only 60 minutes separating Vipers from their first ever DELO WOMEN’S EHF FINAL 4 berth and a five-goal advantage over Buducnost meant that the Norwegian side just had to finish the job on their home court.

It would have been a tough job with Milena Raicevic on court, but the Buducnost playmaker was missing due to injury and the Montenegrin side found themselves in early trouble once again, as the Henny Reistad-led Vipers jumped to a 6:3 lead after 13 minutes.

Usually a team that prides itself on defence, Buducnost did not have the proper weapons to stop Vipers’ back line, as Reistad, Linn Jorum Sulland and Emily Arntzen combined for eight goals to help the hosts jump to a 10:6 lead.

After a four-game winless streak, Buducnost found it hard to bounce back and wipe an eight-goal deficit. Therefore, the second half became straightforward for Vipers.

A 5:1 run to start the second half, fuelled by two goals from back Jeanett Kristiansen, sealed the deal for the hosts, while Buducnost’s attack efficiency plummeted to a meagre 32 per cent.

There was nothing that Buducnost could do to prevent a 25:18 loss – their fourth in the past five games – as Vipers cruised to the final act of the competition in Budapest for the first time in just their second EHF Champions League season.