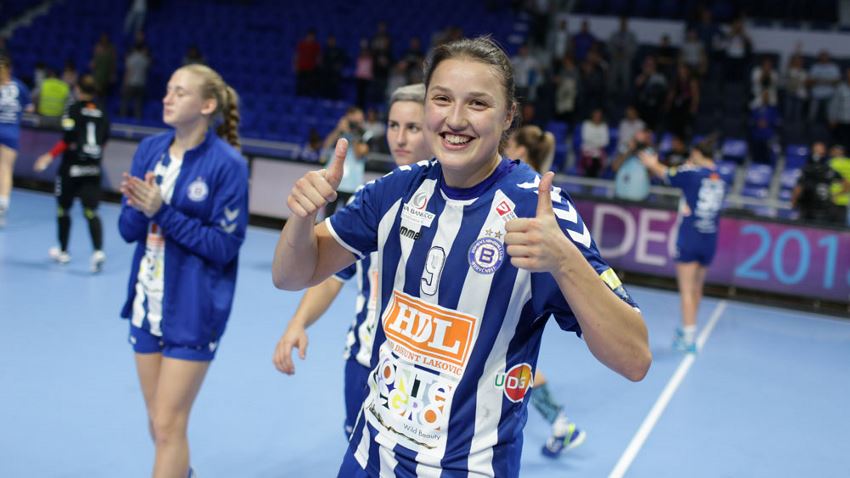 A penalty goal by Cristina Laslo earned Buducnost a narrow 26:25 win at home against Larvik HK in the last round of the EHF Champions League Group Matches.

The win gave Buducnost revenge for the defeat by Larvik earlier in the group matches and kept their chance of winning the group alive.

Buducnost are spending the night in first place in the group after tonight's win, but this will change if Metz Handball win their home game against Odense HC on Sunday.

However, it was only a penalty goal from Cristina Laslo in the last seconds which earned them the narrow revenge for the 23:22 defeat in Larvik in round 2.

Buducnost were sure to take six points with them to the main round, while Larvik were sure to proceed to the group phase of the Women's EHF Cup.

After an equal start, Larvik were the better team before the break. The visitors went from 6:6 to a 9:6 lead, and even had a couple of four-goal leads before being three up at half time.

Larvik got four up again at the beginning of the second half, but with eight goals in a row, Buducnost went ahead 23:19.

The Norwegian club fought back and drew level - but Laslo secured the win through her penalty shot, prompting celebrations by the home team and their fans.