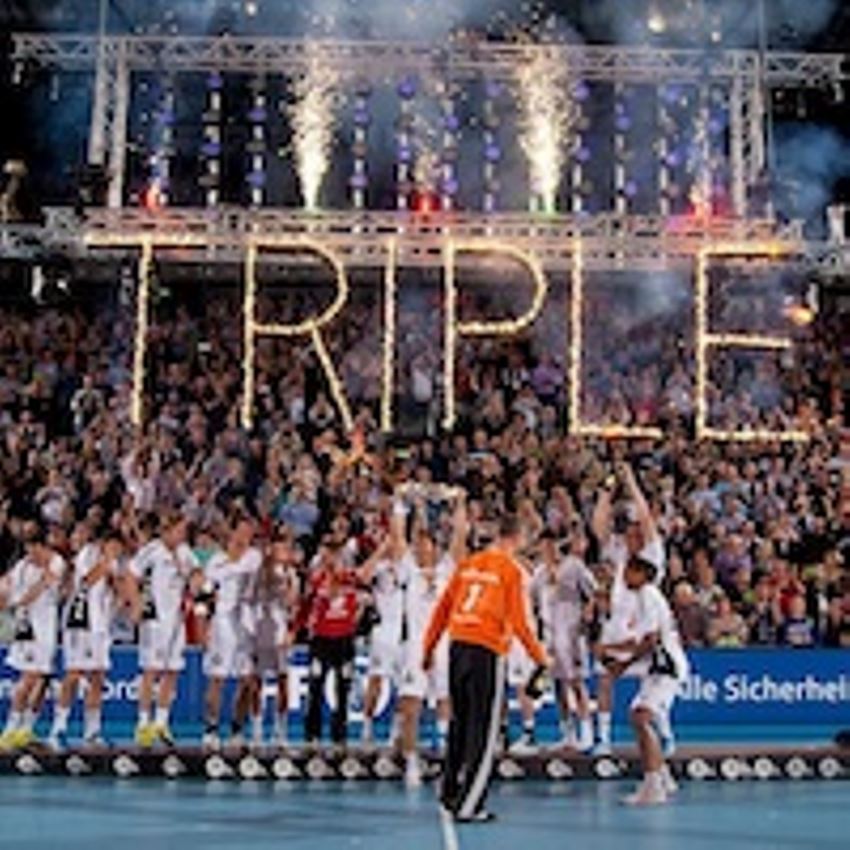 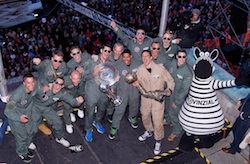 The winners of the VELUX EHF FINAL4 have finished the 2011/12 season with a clean sheet in the German league, round off what has been an historic season, which saw them win three major titles.

34 matches in the German Bundesliga, 34 victories – THW Kiel have achieved a new record after their most successful of many successful seasons in the club's history.

After winning the German championship and German Cup at the beginning of May and the VELUX EHF FINAL4 at the end of May, now they finished their season in Bundesliga with a clear sheet of 68 points from 34 matches.

After the historic triumph THW have said farewell to Kim Andersson (leaving to AG Kobenhavn), Daniel Kubes (to Melsungen), Henrik Lundström (back to Sweden), Tobias Reichmann and Milutin Dragicevic, who will leave the club.

After the handing-over of the Bundesliga plate (for the 17th time) to THW the huge “triple title party” started in front of the big city hall square in Kiel.

20,000 fans cheered for their heroes, presenting all trophies on the balcony of the city hall.

Their motto was “Überflieger” (“high achievers”) and all players were dressed in pilot’s uniforms when they started their convoy through the city.

Before the match Kim Andersson had been awarded best player of the Bundesliga season and Alfred Gislason was awarded best coach of the season.

“It was an incredible season, which is impossible to be topped, but we will try,” Gislason said before the big party started: “I am really overwhelmed by this team.”